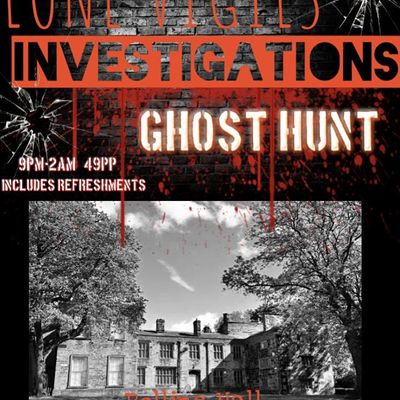 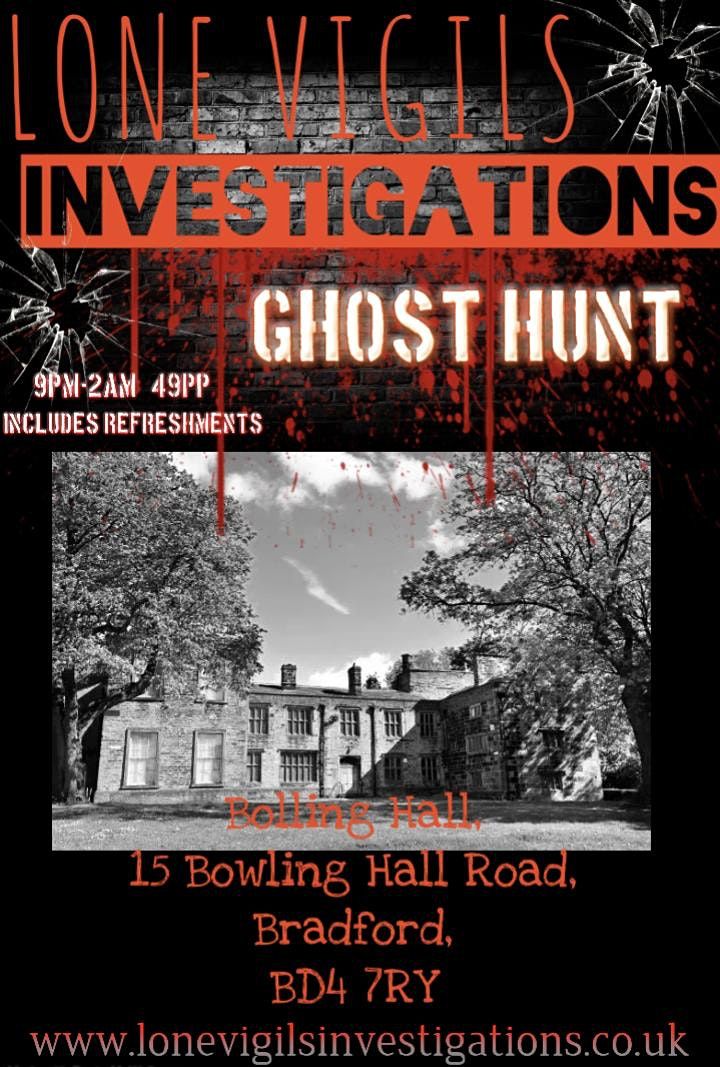 What will you uncover when the lights go out

Bolling Hall is one of the oldest buildings in Bradford set on a hillside. The earliest part of this building dates back to the 14th century.

This building is said to be home to many spirits, that are said to reside here. There are endless rooms and areas inside Bolling Hall to investigate, Shadows are often reported, mists have been seen floating around then disappearing into thin air. The upper floors many believe there is a young lady they believe to be a nanny as on many occasions a crib has been witnessed rocking back and forth when guests have entered a room. Bolling Hall is a great location and is said to be one of the oldest buildings still standing. There are reports of seeing a woman standing in the window looking across the grounds dressed in victorian clothing. Visitors have reported an overwhelming feeling on the grand staircase, Doors are heard and seen opening by unforeseen hands. Come and join LVI and see what you can uncover when the lights go out.

Tickets for GHOST HUNT: Bolling Hall can be booked here.