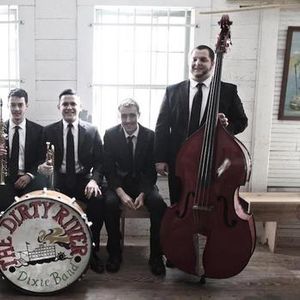 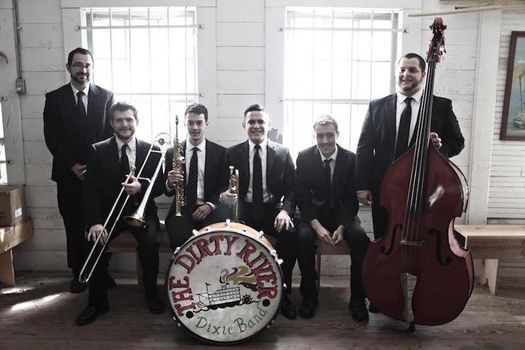 The Dirty River Jazz Band is a traditional style jazz band hailing from San Antonio, Texas. The first band members originally met at Texas Lutheran University in Seguin, Texas; where most of them studied music. After a concert put on by San Antonio’s own Jim Cullum, Chris Alvarado and Kris Vargas decided to put a similar group together. Their first public performance was under a gazebo on the square of downtown Seguin where they instantly started turning heads. They have gone on to perform at swing dance events, weddings, corporate events, private parties, and a number of venues around the United States.

The band is managed by Drummer, Vocalist, and Arranger Chris Alvarado, who also handles bookings. The band is led on stage by Cornetist Kris Vargas and backed by Ian Anderson (Trombone), Nick Brown (Clarinet), and Dan Walton (Piano), Tyler Jackson (Banjo/Guitar), Edwin Brown (Tuba), and Sarah Ulloa (Vocals)! This group can be heard on their newest album entitled “LIVE & KRAZY” which was recorded in January 2019 at Jazz, TX. The Dirty River Jazz Band’s sound closely emulates The Jim Cullum Jazz Band who has helped mentor the members of the band. Other similar artists include: Louis Armstrong, Jelly Roll Morton, King Oliver, Kid Ory, Fats Waller, Turk Murphy, Lu Watters and many others. With everyone in the band being a music educator, the goal of the band is to bring high energy and expertise to a style of music that some have forgotten. The roaring 20’ are coming back around and The Dirty River Jazz Band is the future of traditional jazz in Texas.

You may also like the following events from Patrick Heath Public Library: