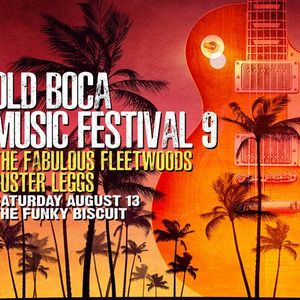 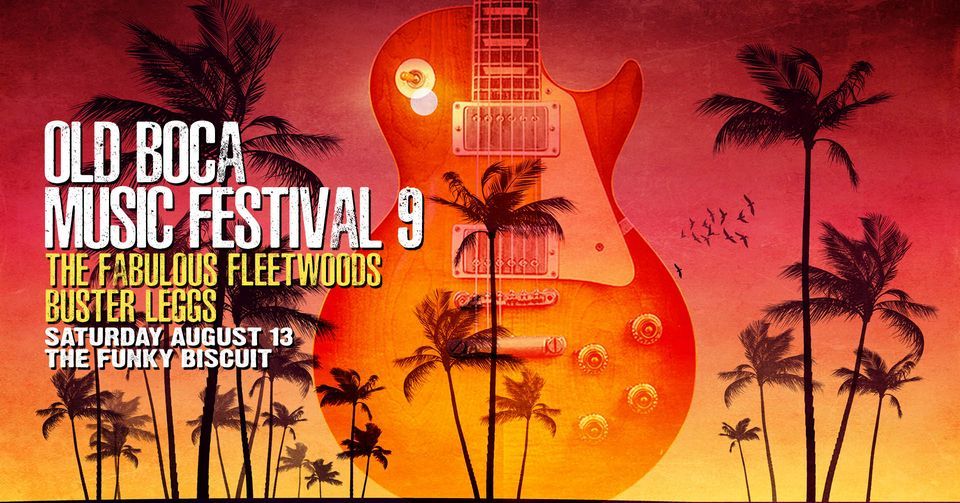 *This event is 21+ unless accompanied by a parent or guardian.


About The Fabulous Fleetwoods:

Since 1982, the Fabulous Fleetwoods have been entertaining South Florida's live music venues. Their unique blend of hard charged covers and rocked-up & inspired original blues, gives their audiences a trip through various musical styles of Rockin' Boogie, Roots Rock & Funk, Psycho Country, and an ability to make every show a Rock-n-Roll Rhythm & Blues party!

1997 brought the band to new heights with their first tour to Europe and continued performances in various parts of the U.S. Their recordings from "The Blue Collar Band...(Rockin' the White Collar World)" received great reviews as a limited tour release.

1999 marked the first full CD release called "TEXAS PARTY KILLERS" on the Fla.Mingo Rodeo label. Several cuts from the CD received airplay on WKPX Radio, Ft. Lauderdale, and WAIL Radio, Key West. The song "The Key" was featured in a local cable TV commercial. 2003 saw the release of "LIVE WOOD" on Fla.Mingo Rodeo Records. This collection of originals and covers, recorded entirely LIVE, showcases highlights of the band's high energy performances. In 2006 The Fleetwoods released an all new Fla.Mingo Rodeo CD of nine never released originals and three select covers titled "RADIO" filled with great music from all over the dial. The released their follow-up to RADIO in 2010. Titled "BLUES HEATHENS" it features a return to the band's origins in the blues.

The band is frequently labeled as "The Longest Running Blues Act in South Florida" and are known as one of the area's tightest acts ..."The Fabulous Fleetwoods!". Check out their Tight & Hard Drivin', House Rockin', Party Blues when in South Florida or e-mail the band for information on how to see the band at a place near you.

Tickets for Old Boca Music Festival 9 can be booked here.