Junoon Trekking is one of the best trekking and adventure camping organization in Gujarat. Having Served in the adventure industry for few years now, we have sworn to provide the best of Himalayan Adventure experience to our fellow travellers.

Trekking in India has now become influential and as more and more people are getting interested in trekking, our mission is to give you a spellbound experience that adds self discovering moments to your life.

Not only your thirst for adventure is satisfied with Junoon, we also provide instructions to use the various equipments that gives you immense knowledge about the adventure activities and the functioning behind each activity.

Are you ready for the extreme adrenaline rush? 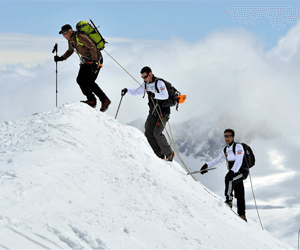 Trekking experience through one of the finest and dense deodar forests. 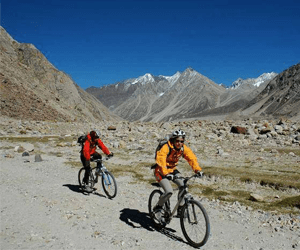 Ride bicycles over the rough terrains of mountains and test your endurance. 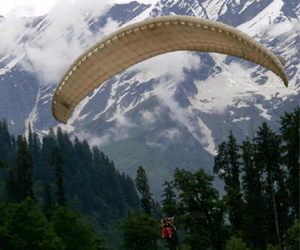 Float in the air at a certain height to appreciate the serene beauty of the snow covered hills. 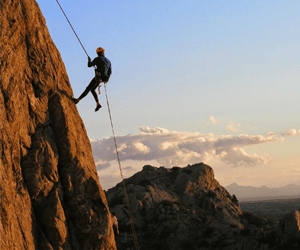 Learn the technique of hanging from the high peaks with the help of trained instructors. 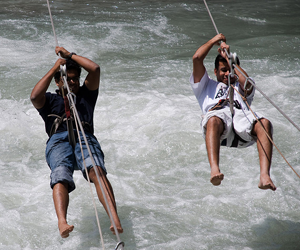 Fly across the rivers and watch the beauty of gushing waters while doing so. 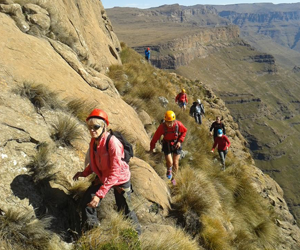 Test your strength while climbing the verticals in the natural rock formations. 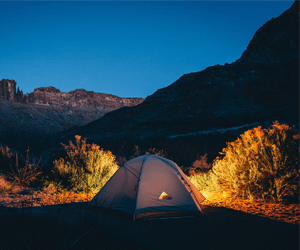 Camping experience in the wilderness far away from the city during the chilly nights. 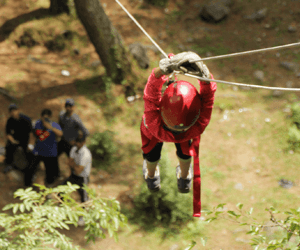 Get professional training on how to do a monkey crawl like the military. 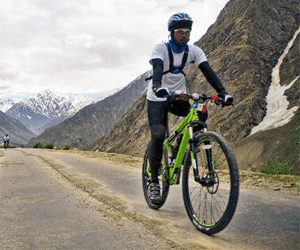 Pedal across the pollution free roads while enjoying the lush flora and fauna of the majestic hill stations.

By attending this event, you agree that Junoon Trekking is in no way to be held guilty in case of any catastrophe or any injuries to you. You are joining this trip voluntarily and we are not to be held liable for any tragedy that happens with any attendees during this tour.

Dalhousie is the most prominent hill stations in Himachal Pradesh and has an elevation of 1,970 meters above the sea level. It was built up in 1854 by the British Empire’s legislature in India as a summer retreat for its troops and authorities. Dalhousie gets its name from its originator Lord Dalhousie and houses a large number of Victorian style mansions. Situated on the western edge of the Dhauladhar mountain range of the Himalayas, it is encompassed by snow-capped tops.

The Kalatop Wildlife Sanctuary is a very well maintained forest into the wilderness. It was founded in 1958 and the most interesting attraction is the river RAVI flowing through it. This sanctuary lies within the bio-geographic area of the North-Western Himalayan scope. As many as 115 species of rare birds can be found here other than the different himalayan animals like Wild Tahr, gorals, bears, alpine ibex, musk deer, himalayan marten and many more.

Khajjiar, a popular hill station about 26 km from Dalhousie is known as” Mini Switzerland of India “. Khajjiar is situated at a height of 6500 feet and bestowed with natural beauty and pleasant climate. Vast expanse of green meadows and dense forests besides vistas of majestic snow-clad Himalayan peaks make Khajjiar a popular destination among tourists. Khajjiar observes many adventure activities like Paragliding,Horse Riding, Trekking, Zorbing, etc. during the month of April and May.

Dainkund Peak at an elevation of 2755 meters is the highest mountain peak in Dalhousie and it offers a 360° view of the entire valley. It is known as the Singing Hill because of the sound the wind made while blowing through the trees. The top of the peak is occupied by the Indian Air Force and on the left turn from the peak will take you to the Pholani Devi Temple which is a major attraction for tourists. If you are lucky, then on a clear day you could witness the grandeur Kailash Mountain from this peak.

Panchpula meaning 5 bridges is about 3 kms from Dalhousie. It is known to be the lifeline of Dalhousie as it is the major source of water supply to the cities of Dalhousie. A samadhi of great freedom fighter Sardar Ajit Singh is built at Panchpula which is a major attraction here. On the way to Panchpula, there is a waterfall namely Satdhara Falls which is known to have healing properties. This place is a great spot for rejuvenating.

Day 1 – Departure from Ahmedabad.
Day 2 – Arrival at Pathankot and drive to dalhousie.
Day 3 – Free Day for Acclimatization ,local sightseeing.
Day 4 – Trek from Dalhousie to Kalatop (12 km) Night stay at Kalatop.
Day 5 – Trek to Dainkund & Back ,Night stay at Kalatop(14 km).
Day 6 – Trek to Khajjiar and Back to Dalhousie. Night stay at Dalhousie.
Day 7 – Early morning departure from dalhousie & then from pathankot.
Day 8 – Arrival at Ahmedabad.

The nearest Airport for Dalhousie is

The nearest Railway Station for Dalhousie is Pathankot. Onwards Journey can be travelled by Chartered Taxis/ Buses.

You can easily get regular buses to Dalhousie from major cities of the country.

By attending this event, you agree that Junoon Trekking is in no way to be held guilty in case of any catastrophe or any injuries to you. You are joining this trip voluntarily and we are not to be held liable for any tragedy that happens with any attendees during this tour.

Manali is a hill station and small town of the Indian state of Himachal Pradesh near the northern end of the Kullu Valley in the Beas River Valley. It is often referred to as the “Valley of Gods”. Being the beginning point of an ancient trade route to Ladakh, it is a popular tourist destination and serves as the roadway to other northern hill stations.

The climate in Manali is predominantly cold during winters, and moderately cool during summers. It is a gateway for skiing in the Solang valley and Trekking in Parvati Valley. It is also jumping off point for paragliding,rafting and mountaineering in the Pir Panjal mountains, home to Rohtang Pass.

Solang Valley is located between Solang village and Beas Kund at distance of 13 km from manali. It offers a beautiful view of glaciers and snow capped mountains. . Since the valley has fine ski slopes, it is a perfect place for skiing.

The guest house of the Atal Bihari Vajpayee Institute of Mountaineering and Allied Sports, Manali is based here. This institute is the venue for winter skiing festival and also offers training in skiing to the tourists.

Hadimba Devi Temple is dedicated to the wife of Bhima (one of the five Pandava brothers in the Indian epic Mahabharata). As the legend goes, Bhima married Hadimba and they had a son Ghatotkach. Later on, Hadimba left the place and became a spiritual. The people later erected a temple in her respect, known as Hadimba Temple. The temple is in pagoda style and comprises no idol within, albeit, some footprints are engraved and are worshiped by devotees.

Manali has few tibetan monasteries that represents the culture of Tibetan people. Out of these there are two main monasteries in Manali that draw a large number of tourists-the Gadhan Thekchoking Gompa and the Himalayan Nyingmapa Gompa. These monasteries are surrounded by several small shops selling beautiful handicrafts and carpets, made by Tibetan people living nearby these monasteries. One can buy few Tibetan souvenirs and support them to preserve their culture.

A must visit for nature lovers, Van Vihar is a municipal garden situated in front of the Tibetan market on Mall Road in Manali. There is a lake in between this amusement park of Manali where tourists can opt for boating. The park is adored with big deodar trees and is well-maintained by the Forest Department. Nice place for group activities and photography. There is minimum entry fees to enter this garden which lies between 10 – 20 Rs. depending upon the season.

The nearest Airport for Manali is Bhuntar, 50 km from Manali . Air India and Air Himalayas (9 Seater Non Scheduled Flight ) are having flights from Kullu and Chandigarh respectively.

The nearest Railway Station for Manali are at Pathankot ,Chandigarh and Ambala. Onwards Journey can be travelled by Chartered Taxis/ Buses. 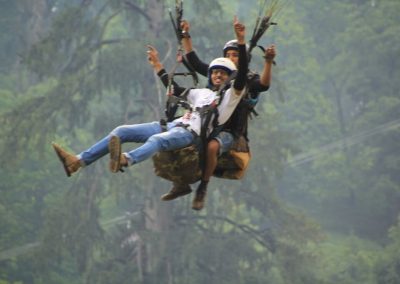 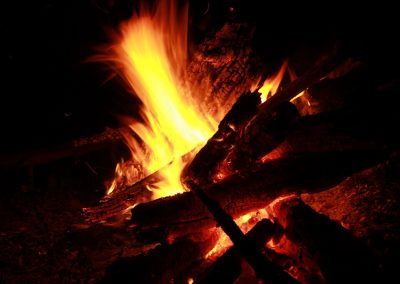 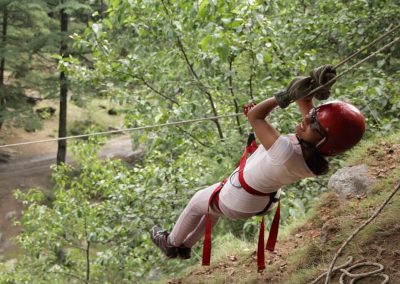 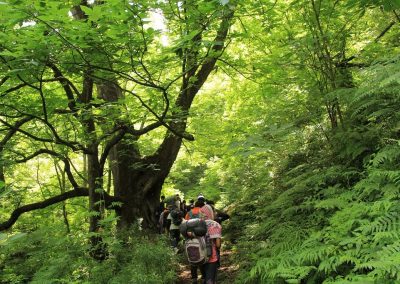 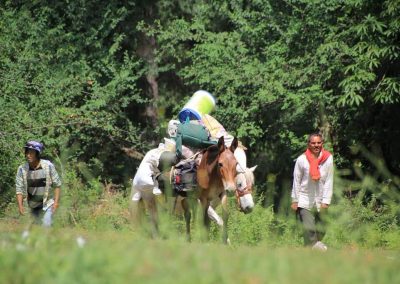 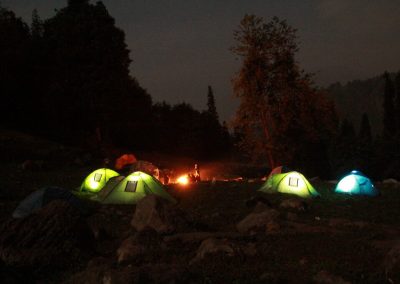 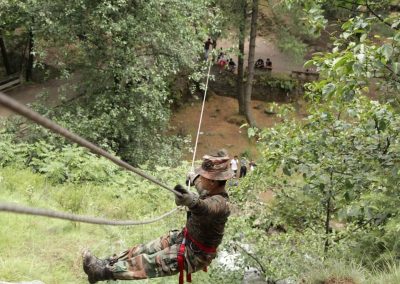 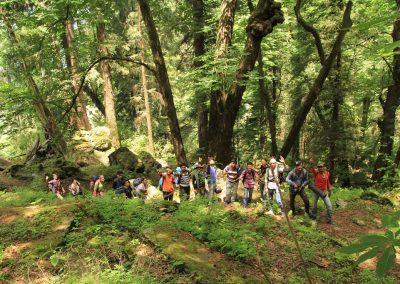 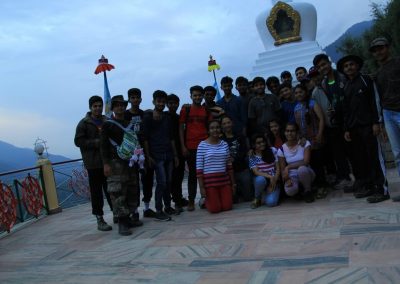