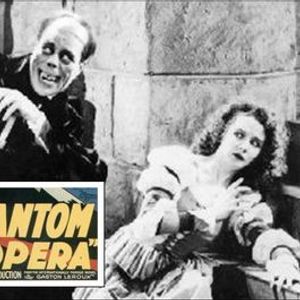 Before the movie, Donald plays a selection of lighter organ music and gives a personal introduction to the film.

Lon Chaney stars as the deformed phantom who haunts the Paris Opera house and causes death and mayhem in his pursuit of making Christine, the singer he loves, a star. The film also features Mary Philbin as Christine, Norman Kerry as Raoul the man she loves, Virginia Pearson as the singer Carlotta and Arthur Edmund Carewe as Ledoux a secret policeman in the trail of the phantom. A masked ball, a crystal chandelier, catacombs and Lon Chaney's self-devised make-up all add to the atmosphere!

Some tickets will be available for sale at the door on a first come first served basis.

Wine, juice, popcorn and ice cream will also be for sale.

Music for All at SMSG
Follow Contact
About The Host: Music for All @ SMSG promotes access to a wide range of music performed by a broad range of talent, with an emphasis on performance opportunities for young
Website Link: http://www.musicforallsmsg.org/
Are you the host?
Nearby Hotels St Mary & St Giles Church, Stony Stratford, Bletchley, United Kingdom
Report a problem ?