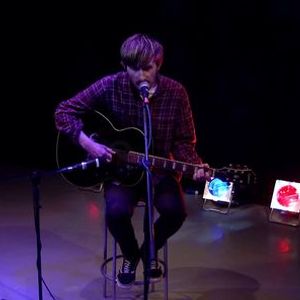 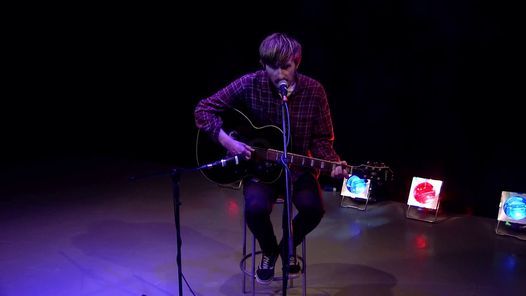 Having a background in literature and poetry, music became second nature to Will Bishop, despite being a reserved individual, he has gone against the odds performing regularly at music venues writing music, a far cry from his private school upbringing. William John Bishop is classically trained as a cellist and double bassist, learning acoustic guitar as a teenager. Influences include Laura Marling, Leonard Cohen and Bob Dylan. Will writes on guitar and piano.

As performing is something that appeals to him the most he believes that you shouldn't let the opinions of others interfere with your music. His performances have been used as part of the degree courses at The University of York department of film, media and television.

'William Bishop has a simple acoustic approach to his music, and his sound is somewhere between Bob Dylan and Tom Waits. His vibe is melancholy while his vocals are strong, capturing the mood of his lyrical content while his hands slide up and down the neck of his acoustic guitar, bringing it and his music to life. These songs demand your full attention to catch all the nuances of his words and music, but the payoff is rich indeed. Put this one on when you have the time to truly listen, and you’ll walk away a better person.'

'There is a melancholy about his songs and delivery. I’ll avoid the obvious references. There’s a harsh honesty about his lyrics - the simplistic sound enhances the depth of the story.'
- LA Voice

You may also like the following events from St Paul's Church JQ:

Tickets for William Bishop can be booked here.

St Paul's Church JQ
Follow Contact
About The Host: St Paul’s has stood in the heart of the Jewelry Quarter for 240 years. It is a Grade 1 listed building – the only one in the JQ and only remaining Georgian Square. A unique space for Christian Worship, for calm and reflection, for music and laughter.
Website Link: www.stpaulsjq.church
Are you the host?
Nearby Hotels Saint Paul's Square Birmingham B3 1QZ, Birmingham, United Kingdom
Report a problem ?