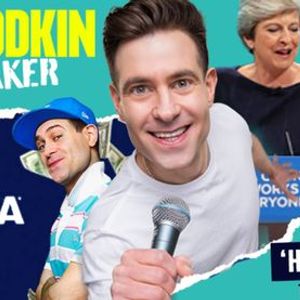 This event was postponed in April 2020 due to COVID-19 and was moved to the new date in November 2020 - this event has now been re-scheduled for Sunday 19 September 2021. All tickets remain valid for the original dates.

Fresh from a critically-acclaimed, sell-out run at the Edinburgh Fringe Festival, Simon takes his debut stand-up show 100% Simon Brodkin on a nationwide tour.

You may also like the following events from The Old Rep:

Tickets for Simon Brodkin: Troublemaker can be booked here.