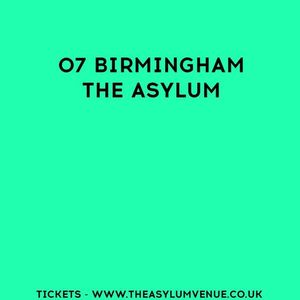 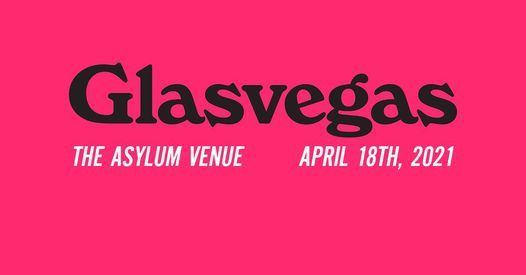 GLASVEGAS return with their triumphant fourth album ‘Godspeed’, which will be released in April
2021 on the bands own label Go Wow Records. They will be touring the UK in April and May
2021. Their first single ‘Keep Me A Space’ is out now.

Glasvegas is one of the most successful Scottish musical exports in recent times, known globally
for their unique sound and powerful lyrical content, they are a band that have never
compromised; never conformed; commanding respect from their peers and critics alike and enjoy
a fiercely loyal worldwide fan base. Glasvegas are a band who on their own terms are forging an
undeniable legacy in terms of how many up-and-coming Scottish bands and even some
established ones (who shall remain nameless) have been influenced by Glasvegas...especially
Allan's emotive Glaswegian vocal delivery.
September 2008 saw the release of their self titled platinum selling debut album "Glasvegas"
which reached No.2 in the album charts. Less than three months later the band released a six
track Christmas themed EP entitled “A Snowflake Fell And It Felt Like A Kiss”. This EP was
produced and recorded in a remote castle in the Transylvanian mountains of Romania. Both of
the aforementioned releases received widespread critical acclaim with their stunning debut
receiving a nomination for the coveted Mercury Music Prize in September 2009; a year after it’s
release.
Their sophomore long player follow up Euphoric Heartbreak stylised as "EUPHORIC ///
HEARTBREAK \\\" was released on the 4th April 2011. The NME made it their album of the week
and awarded the album 9/10. Reaching the Top 10 in the UK and No.1 in Sweden it was heavily
influenced by the bands six month recording stint in Santa Monica, California the year before.
Two years and several world tours later, including festival performances across every corner of
the globe the band released their third studio album in September 2013 "Later...When The TV
Turns To Static”. Written and produced by James Allan and recorded in his native Glasgow the
album was arguably more introspective but again critically well received.
In 2018 the band celebrated the 10th anniversary of the release of debut album "Glasvegas" by
releasing a special edition artwork heavyweight vinyl on Sony. Recording of the fourth album
‘Godspeed’ took place in their native Glasgow, the Swedish capital Stockholm and Los Angeles.
Making this album might have been the single most challenging endeavour he’s ever undertaken,
but once again, James Allan decided to follow his heart, and once again he’s been vindicated.

You may also like the following events from Glasvegas:

Tickets for Glasvegas can be booked here.