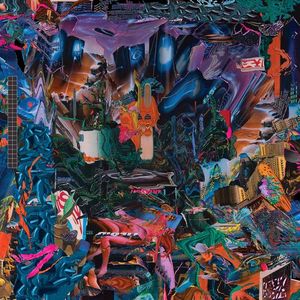 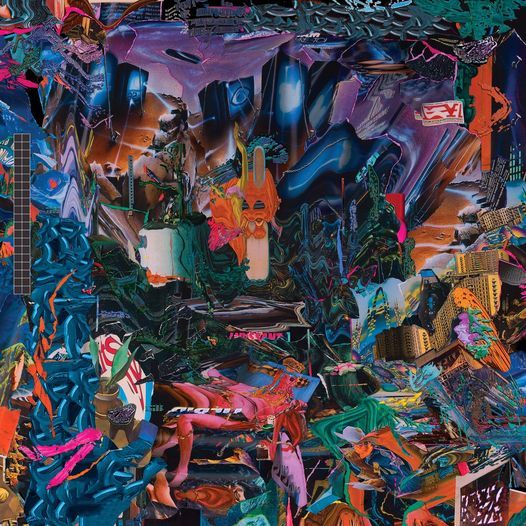 
No second album syndrome and no sophomore slump for Britain’s most exciting and
challenging young rock band. black midi’s follow up to Schlagenheim is a
dynamic, hellacious,inventive success. Cavalcade, their second studio album for
Rough Trade, scales beautiful newheights, reaching ever upwards from an already
lofty base of early achievements.The meaning of the word cavalcade is a
procession of people, such as a royal parade, andblack midi picture their new
album as a line of larger than life figures – from a cult leader fallenon hard
times and an ancient corpse found in a diamond mine to legendary cabaret singer
Marlene Dietrich – strolling seductively past them. The album art – again,
another intricatecollage created by David Rudnick – brings this idea colourfully
to life, drawing the listenerinexorably into this mysterious world, reinforcing
the idea that Cavalcade is a glorious collectionof stories just waiting to be
dived into.

Geordie Greep, the band’s mercurial guitarist and primary singer explains the
fundamentals ofCavalcade: “A big thing on this album is the emphasis on third
person stories, and theatricalones at that.” Cameron Picton, the inventive
bassist and occasional singer agrees: “Whenyou’re listening to the album you can
almost imagine all the characters form a sort of cavalcade.Each tells their
story one by one and as each track ends they overtake you, replaced by thenext
in line.” Morgan Simpson, the powerhouse drummer advises: “Enjoy it, live with
it, spendsome time living in it.” When pressed to choose one word to describe
the album, Geordie electsfor “drama” adding: “The emphasis when we were making
and sequencing Cavalcade was tomake music that was as dramatic and as exciting
as possible. The flow has the feel of a story,which is rewarding to listen to.”


Las Vegas' premier blues band Orange Tree Boys have won fans in all strata of
Nevadan society by destroying all preconceptions of what 12 bars can do. Catch
them live this Fall supporting their biggest supporters black midi.

To ensure that your tickets are genuine, please buy them only through our ticket
vendor, SeeTickets. We cannot confirm tickets bought through a third party.


All guests are required to wear masks while at Saturn. Thank you for your
cooperation in keeping shows safe.

You may also like the following events from Zero Mile Presents:

Tickets for Black Midi can be booked here.