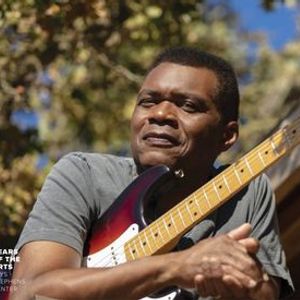 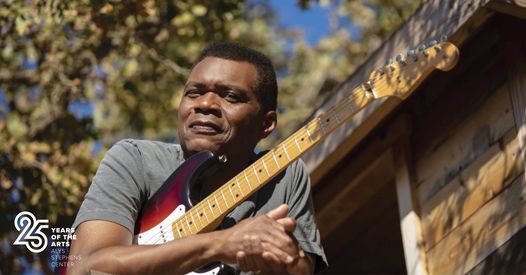 Join us on Tuesday, Nov. 9 at 7 pm to enjoy a night of great music — new songs and classics! Bonus? Enjoy an inside look into the history of Blues music by a local Blues expert in the pre-show Inside the Arts talk at 6:30 pm!

NOTE: We are operating from a 30% limited capacity to ensure the safety for all patrons and center staff.

Ticket Link: www.alysstephens.org/robert-cray-band/
(IMPORTANT: Comments have been disabled for this event. Please do not share your credit card information and/or click links outside of those shared by the official ASC Facebook page, connected to AlysStephens.org OR my.alysstephens.org. Should you have any questions, please email the ticketing office at YXNjYm94b2ZjIHwgdWFiICEgZWR1.)

Open ears and an open mind are the essence of singer, guitarist and songwriter Robert Cray’s approach to writing, recording and playing music. He has created a sound that rises from American roots and arrives today both fresh and familiar. In just over 40 years, Cray and his band have recorded 20 studio releases, 15 of which have been on the Billboard charts, and played in bars, concert halls, festivals and arenas around the world. There are five GRAMMYs with Cray’s name on them, and he was recently released his latest album “That’s What I Heard” in February 2020.

“In the Eighties and Nineties, Robert Cray was widely considered B.B. King's heir to the blues crown.” – Rolling Stone

According to Cray's artist page, hearing is a funny thing. It’s not just receiving sound — it’s understanding and interpreting it, making sense of the various vibrations swirling around our heads. That’s how two people can listen to the same thing, and come away with opposite impressions. The sounds may be the same, but the comprehension isn’t.

"That’s What I Heard" as the title for this, but it does kind of fit. For example, the first time I played the album, I was struck by what seemed to me to be a distinct Sam Cooke vibe to the music, an impression initially sparked by the rollicking gospel groove of “Burying Ground,” but also by the sweet singing and classic 6/8 feel of “You’ll Want Me Back.” It wasn’t just the churchiness of the former, nor the tuneful sophistication of the latter; it was the way those two elements intertwined to create a feeling that was just as evident in the other songs.

You may also like the following events from UAB's Alys Stephens Center: