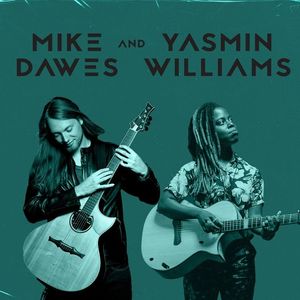 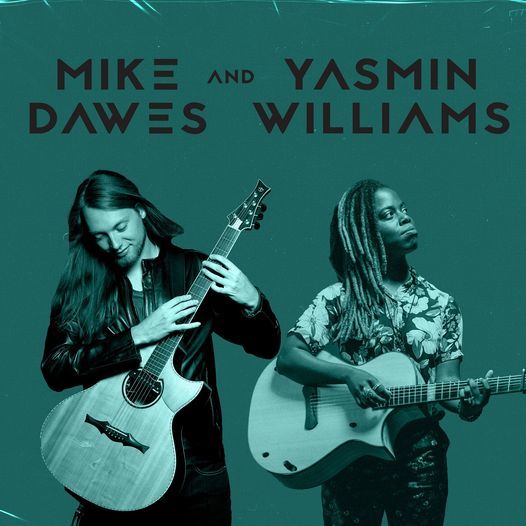 HEALTH AND SAFETY GUIDELINES
The health and safety of our patrons, vendors, volunteers, staff, and everyone attending our campus, buildings, and events is of the utmost importance to ArtsQuest and we have established a number of best practices and procedures based on guidelines from the CDC, City of Bethlehem and the Commonwealth of Pennsylvania. Please visit artsquest.org/safety to view our current health and safety guidelines.

Mike Dawes is an English guitarist known for composing, arranging and performing multiple parts simultaneously on a single guitar. He is hailed as one of the world’s most creative modern fingerstyle guitarists with a repertoire spanning solo viral videos and popular arrangements, as well as mainstream chart success performing with Justin Hayward of The Moody Blues. Dawes was named ‘Best Acoustic Guitarist in the World’ two years in a row (2017 & 2018) by Total Guitar Magazine/MusicRadar reader polls and simply needs to be seen to be believed. His ability to combine the melody, bass, harmony and percussion all seamlessly together with just one guitar leaves audiences absolutely stunned.

Yasmin Williams is an acoustic fingerstyle guitarist with an unorthodox, modern style of playing. Her music has been commonly described as refreshing, relaxing, and unique and has been called some of the most imaginative guitar music out today. She utilizes various techniques including alternate tunings, percussive hits, and lap tapping in her music to great effect. She has won various local talent shows, was a finalist in the Rolling Stones Young Gun guitar competition, was the Grand prize winner of New York University's Ultra Violet Live talent show, and won the Gold Prize in the Instrumental category of the Mid-Atlantic Song Contest. She has been featured on several radio and television programs including New Sounds Soundcheck Podcast, NPR's Weekend Edition Saturday show, NPR Night Owl, NPR All Songs Considered, Woodsongs Old Time Radio Hour, and WUSA9, along with high profile magazine features such as Acoustic Guitar Magazine and Vintage Guitar Magazine.

She grew up in northern Virginia where various genres of music from smooth jazz to hip-hop were played in her household. She was introduced to the guitar after playing the video game Guitar Hero 2 and became interested in playing the guitar in 2009. She begged her parents to buy her a real electric guitar and once she received her first guitar and amplifier, she taught herself how to play the guitar by ear. After a few years of playing the electric guitar, she taught herself how to play the bass guitar, 12 string guitar, and classical guitar before eventually deciding to switch her focus to the acoustic guitar because of the instrument's versatility. While in high school, she released her first EP Serendipity in 2012, which she recorded and mixed herself.

She graduated from New York University with a BM in Music Theory and Composition in December 2017. Her first album, Unwind, was released on May 4, 2018 and is available on all major streaming services and Bandcamp. The album has charted highly on several Amazon and iTunes charts including top paid albums, including charting at #7 on Amazon’s top paid albums and #1 on iTunes‘s Folk chart, and charted at #15 on Billboard's Heatseekers chart. Her second album, Urban Driftwood, was released on January 29, 2021 and has received high praise from numerous major publications including Pitchfork, Rolling Stone, The Washington Post, NPR Music, No Depression, Bandcamp, Paste Magazine, and other outlets.

Tickets for Mike Dawes & Yasmin Williams at SteelStacks can be booked here.

SteelStacks
Follow Contact
About The Host: An arts & cultural campus on the site of the former Bethlehem Steel plant.
Website Link: www.steelstacks.org
Are you the host?
Nearby Hotels Musikfest Cafe, 101 Founders Way, Bethlehem, United States
Report a problem ?