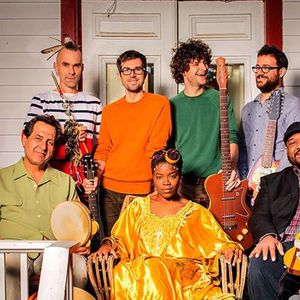 Snarky Puppy mastermind Michael League has assembled this Grammy-nominated international supergroup whose eclectic, danceable tunes marry the electric blues of Led Zeppelin with Afropop and folkloric Caribbean styles. The band’s name, Bokanté, means “exchange” in the Antillean Creole language spoken on vocalist Malika Tirolien’s home island of Guadeloupe. Singing in both Creole and French, Tirolien’s words draw nuanced pictures of strife, struggle, and the power to overcome. This is a band whose members are united in the belief that music should be a voice for the voiceless and a force for change against a rising tide of exclusion and indifference.

You may also like the following events from AMP powered by Strathmore:

Tickets for Bokanté can be booked here. Morning Mini-Retreat for Women Thu Feb 27 2020 at 09:45 am
Explore More Events in Bethesda