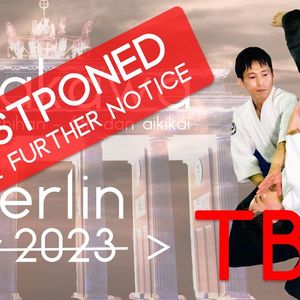 Because of the global SARS-CoV-2 pandemic the seminar with Ryuji Shirakawa Shihan in Berlin will be postponed:

All seminar tickets purchased upfront during the registration period will keep their validity for the new seminar date.
If you wish to cancel your participation at the seminar, please get in touch with us for a full refund of seminar fees.

Send your cancelation to: c2hpcmFrYXdhIHwgYWlraWRvICEgYmVybGlu

Thank you for your comprehension, we hope to see you all soon. Please everybody, stay safe and in good health!

The Berlin School of Aikido is pleased to welcome Ryuji Shirakawa Shihan, 6th dan Aikikai, for his first International Aikido Seminar in Germany, to be held in Berlin from Saturday 5th until Sunday 6th of December 2020.

Due to the the global SARS-CoV-2 pandemic the seminar with Ryuji Shirakawa Shihan in Berlin will be postponed.

All seminar tickets purchased upfront during the registration period will keep their validity for the new seminar date.
If you wish to cancel your participation at the seminar, please get in touch with us for a full refund of seminar fees.

Send your cancelation email to: c2hpcmFrYXdhIHwgYWlraWRvICEgYmVybGlu

Please bring your weapons, we cannot provide weapons for everyone

The seminar is open to all styles and aikidoka

Ryuji Shirakawa Shihan was born in 1980. In 1995, at the age of 15, he started his Aikido instruction under his father Katsutoshi Shirakawa Shihan, 7th Dan Aikikai. As an avid and fast learner he studied the basics of theoretical and practical Aikido very thoroughly. Besides growing up in a household with lots of Aikido books, Ryuji Shirakawa used to ask his father for explanations about Aikido and his father would explain until he had understood.

Ryuji Shrakawa Sensei was attracted to Aikido because he believed that the peaceful principles of Aikido and its foundations as a form of budo offered him important values and abilities for his life. He considers Aikido to be special because it aims to harmonize with a partner and not to defeat an opponent. As uke and tori take turns during Aikido practice both get to understand the feelings of the other, making peace and harmony grow through practice. In his opinion this can be experienced by beginners as well as by experienced practicioners.

Ryuji Shirakawa Sensei studied as uchi deshi of Yasuo Kobayashi, who was his father's sensei and a direct student of Morihei Ueshiba Kaiso. Master Kobayashi explained to Ryuji Shirakawa the importance of being a professional Aikido instructor as well as how to apply Aikido in life. During his free time he also attended to the regular classes at the Aikikai Hombu Dojo in Tokyo, where he joined the lessons of renowned teachers, but he considers that at Hombu Dojo the main instruction he received came from Moriteru Ueshiba Doshu, whose techniques were faithful to the basics and very clear.

Finally it was under the supervision and the strict eye of his father, Katsutoshi Shirakawa Shihan, that he continued to develop his abilities and has matured over the years.
In 2017 he was promoted to the rank of 6th Dan by Doshu Moriteru Ueshiba and shortly after awarded the title of Shihan (Model), becoming one of the youngest teachers to be awarded this title ever before. Ryuji Shirakawa Sensei teaches full time at two of the most important dojos in the city of Sendai in Northern Japan, Miyagi Prefecture, as well as in a number of branch dojos in the surroundings of Sendai.

He is known for his dynamic and clean Aikido style, as well as for being an excellent instructor.

During his seminar in Berlin Ryuji Shirakawa Shihan would like to convey the harmony and beauty of Aikido as well as the dynamics of a modern martial art. Above all he aims to explain the development of the basic technique into an advanced application. He will show this through a clear and fluid movement, expressing his passion for the art of Aikido.

Ryuji Shirakawa Sensei can be seen demonstrating his style on YouTube at the last two All-Japan Aikido Demonstrations (2013/14), as well as representing Japan at the World Combat Games in Russia (2014). 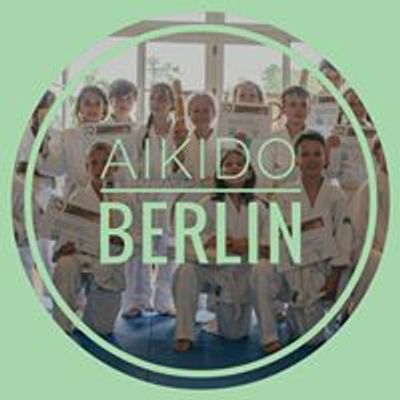