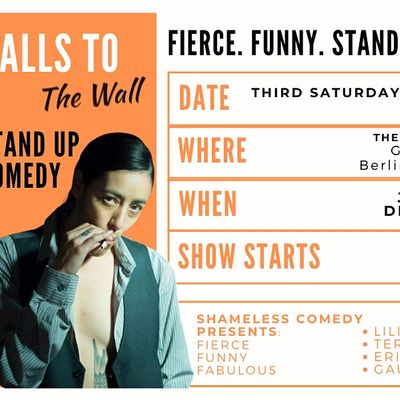 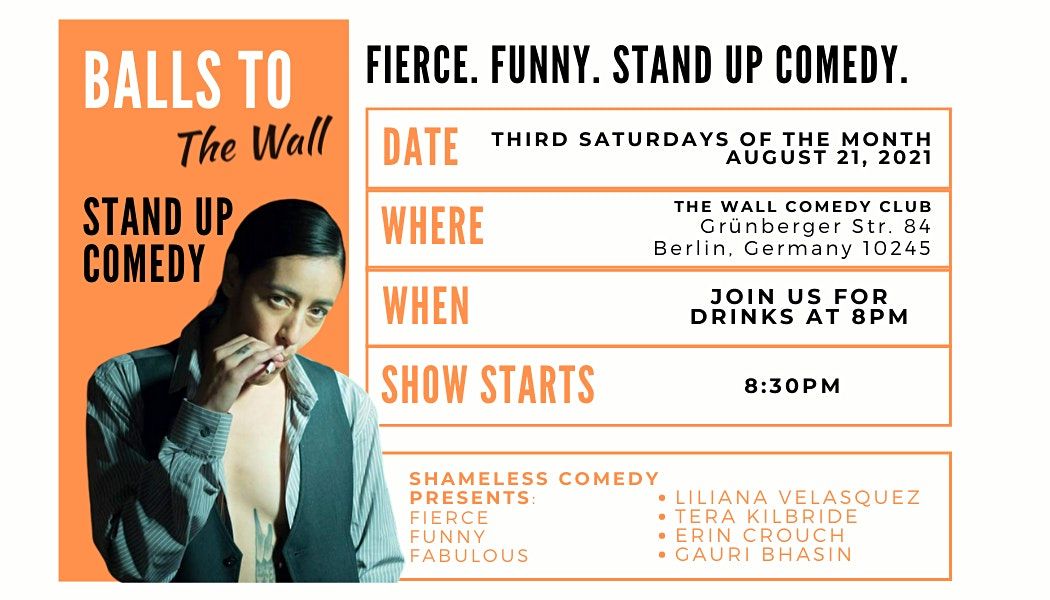 “Balls to the Wall showcases heavy hitters in comedy, handpicked by our all-female team,” says the show's latex-clad, tattooed host and co-producer, Liliana Velasquez. “All our performers have a special fierceness about them. We curate performers that have been seen on Australian, US and German national television & toured extensively across the world through Asia, Australia, Europe and the Americas. " Curated comics are diverse and intelligent, but at the same time ridiculous and irreverent.

Erin Crouch is an American comedian living in southern Germany. She was featured in the 2020 Luxembourg International Comedy Festival and selected for the Boom Chicago comedy festival in Amsterdam this summer. In July, she opened for comedian Billy Wayne Davis in Alaska.

In 2 years of doing comedy, she has performed in various showcase shows around Europe including the Luxembourg Comedy Festival. Semi Finalist of Berlin New Stand Up Award and Finalist of Frankfurt Comedy Newcomer Award. Her sets are horrifying and hilarious.

Tera's an American, living in Berlin. She lived in Minneapolis for many years, where she used to be a contemporary performance artist, and therapist. As a result her work is feminist, zany and deceptively political, as it is personal. She hosts This Could Get Awkward Comedy Mic, and co-produces Balls to the Wall!

"Intensely combustible, ebullient and riotously complex. Something for everyone." Minnesota playlist

"Velasquez exudes confidence typical of one who was born to take the stage." Brno Daily (Czech Republic)Tags

Tickets for Balls to the Wall STAND UP COMEDY SHOW! Featuring Erin Crouch can be booked here.