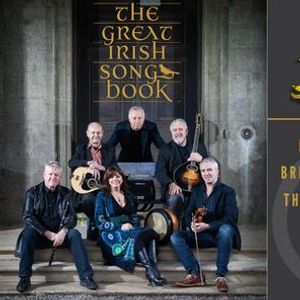 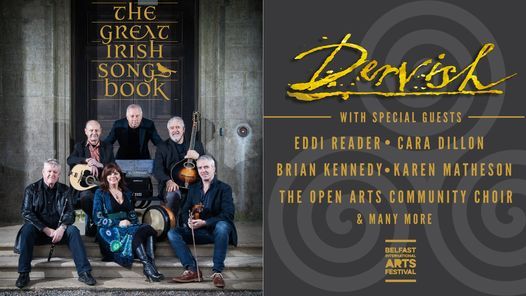 Legendary Irish folk music band Dervish celebrate some of Ireland’s most iconic folk songs with a stunning line-up of much celebrated performers as part of Belfast International Arts Festival.

Dervish, legendary traditional music act from Sligo, take to the newly restored Belfast’s Grand Opera House for a very special gala show taken from their acclaimed 2019 album The Great Irish Songbook (on the US Label Rounder Records) – the 14th in their storied history.

Joining an eight piece Dervish on stage, in a spirit of camaraderie, collaboration and inclusivity, is a star studded lineup of guests featuring some of Northern Ireland’s and Scotland’s most inspired and revered ambassadors of music, Belfast’s own Brian Kennedy, the multi-award winning Cara Dillon, Gaelic folk singer Karen Matheson, the revered Eddi Reader and our city’s own Open Arts Community Choir for what’s sure to be an unforgettable night of music in one of Belfast’s most hallowed venues.

With a career spanning over 30 years, Dervish have been described by BBC Radio 2 as “an icon of Irish music” when announcing their Lifetime Achievement Award in 2019.

The Great Irish Songbook both preserves the spirit of each song on the album and brings a new vitality to iconic traditional songs. This celebratory two hour show features some of the most respected performers in folk and contemporary music singing some of their favourite Irish songs. It is sure to be an evening that will be remembered for a very long time!

Part of IN-visible ID-entities 3, an on-going BIAF initiative encouraging cultural collaboration across the island and supported by the Government of Ireland’s Department of Foreign Affairs.

Please note: these performances are subject to social distancing restrictions being lifted.

You may also like the following events from Belfast International Arts Festival:

Tickets for The Great Irish Songbook with Dervish & Guests can be booked here.