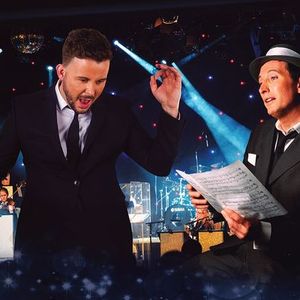 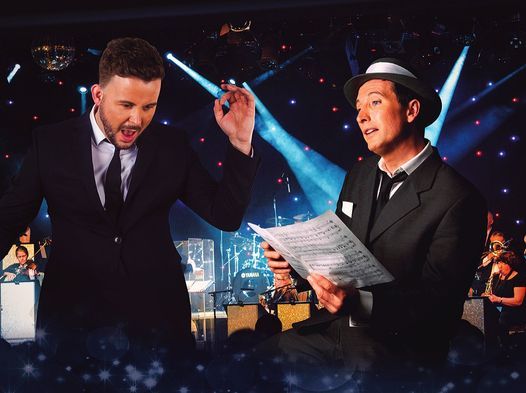 Experience the next best thing to the superstars themselves in this authentic and exhilarating musical that sees Frank Sinatra time-travel from his 1950s trilby-wearing zenith to meet today’s sensational Canadian contender for his crown.

Hearing is believing with the show’s astonishing Bublé, Jamie Flanagan, whose voice, moves and Canadian drawl are indistinguishable from the real thing. Flanagan will be joined on stage by the equally authentic Kevin Fitzsimmons, the only Frank Sinatra impersonator to be approved by the Sinatra family’s Europe representative!

The ‘concert of the century that never was’ sees Michael Bublé and Frank Sinatra bring their biggest, swinging hits to the stage, with the fun, excitement, and a full live band.

So, who will be favourite when their two different worlds collide? Let the showdown begin!

THERE IS NOT A MORE AUTHENTIC BUBLÉ OUT THERE

You may also like the following events from Anvil Arts:

Tickets for Bublé Meets Sinatra: The Showdown! can be booked here.

Anvil Arts
Follow Contact
About The Host: Anvil Arts runs The Anvil, The Haymarket and The Forge in Basingstoke. It is the largest performing arts organisation in Hampshire, serving a region which stretches across central southern England.
Website Link: http://www.anvilarts.org.uk/
Are you the host?
Nearby Hotels Anvil Arts, Churchill Way, Basingstoke, United Kingdom
Report a problem ?