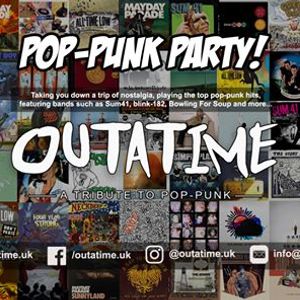 Outatime - A Tribute to Pop-Punk! Live at The Old Town Hall

Outatime - A Tribute to Pop-Punk! Live at The Old Town Hall

Outatime - A Tribute to Pop-Punk! are bringing the Pop-Punk Party to Wombwell!

Outatime, the UK’s ultimate tribute to pop-punk, formed when four great friends came together to bring the songs and shows that inspired them to become musicians back to life.

Based in Yorkshire, Brad, Gaz, Danny & Jake are all experienced musicians with years of combined national and international touring experience. Growing up on Pop-Punk, when Kerrang! was the authority on music, the band were influenced by the titans of the genre such as blink-182, Bowling for Soup & Sum41.

Outatime bring a professional All Killer, No Filler show of Pop-Punk tunes from a range of artists across the genre. Spanning from the 90s, when Green Day and The Offspring were starting to bring commercial success, right through to the late 2000s when new bands like All Time Low and Panic! At The Disco were continuing its mainstream success.

Expect high-octane, lively performances with a chemistry that can only be achieved when friends are playing the music they love. For audiences who never made it to the Warped Tour or want to relive the experience of these bands, Outatime can provide the next best thing!

Along with hits from the titans of the genre, you will be entertained by songs from bands such as The All-American Rejects, New Found Glory, The Ataris, Good Charlotte, Yellowcard, Fall Out Boy and more. You can also expect to hear hits from the cult-movies of the time including American Pie! and Eurotrip.

On stage from 9:000pm.
FREE ADMISSION

You may also like the following events from The Old Town Hall - Wombwell: 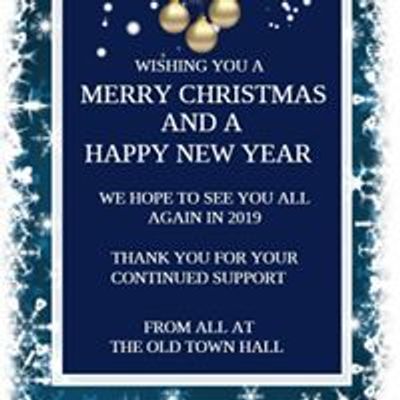