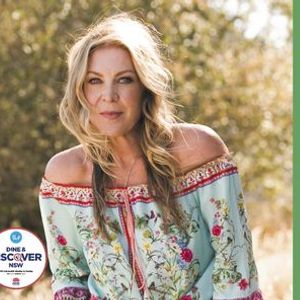 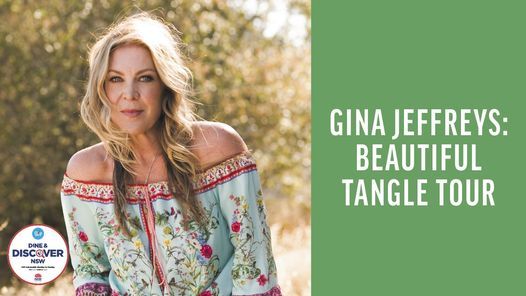 In January 1991, Gina Jeffreys burst onto the Australian Country Music scene taking over the reins as the new Star Maker winner from Keith Urban at the Tamworth Country Music Festival.

Gina soon became Australian Country Music’s Golden Girl and went on to become a house hold name – regularly appearing on hit TV shows like Hey Hey it’s Saturday and The Midday Show and touring Australia with music greats like Lee Kernaghan, Kenny Rogers, Guy Sebastian, Kris Kristofferson and the most famous of all – Johnny Cash. Back in 1994, Gina literally went from singing to 5 people a night in a dimly lit Sydney wine bar to opening for Johnny Cash to 15,000 people a night!

This quickly propelled Gina into the spotlight and the rest, as they say, is history. She went on to become Australia’s first ever female country artist to sell platinum albums and sell out shows across Australia and took her music all over the world.

International highlights have included performing at Fan Fair and the Grand Ole Opry in Nashville, a New Year’s Eve Television Special in Shanghai, China, singing live to over 2 billion people, and the Tour of Duty Concert in East Timor alongside John Farnham and Kylie Minogue. After having a string of number one hits, Golden Guitars and music awards and seven albums under her belt, Gina and husband – award-winning record producer and musician, Rod McCormack - decided to put family first and Gina stepped out of the spotlight to raise their son Jacky.

And now, Gina is back with her first new originals album in 12 years.

understatement and the fastest way for you to catch up would be to listen to the lyrics on Gina’s long awaited new album “Beautiful Tangle”.

“I’ve written every single song with some great writers - and every song is a page out of my life”.

Gina and Rod headed back to Nashville together for the first time since 1999 with a bunch of songs and a heap of stories to tell.

Rod produced the new album and it might not be what you are expecting. It’s all acoustic instruments, with lots of energy, harmony and heart.

You may also like the following events from Bankstown Sports:

Bankstown Sports
Follow Contact
About The Host: Bankstown Sports is one of Sydney's top 10 registered clubs with more than 65,000 members. It supports over 40 local sporting clubs and community groups.
Website Link: http://www.bankstownsports.com
Are you the host?
Nearby Hotels Bankstown Sports, 8 Greenfield Parade, Bankstown, Australia
Report a problem ?