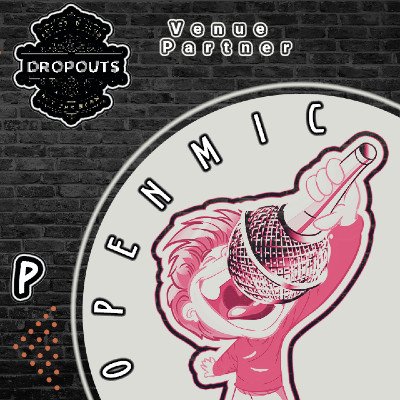 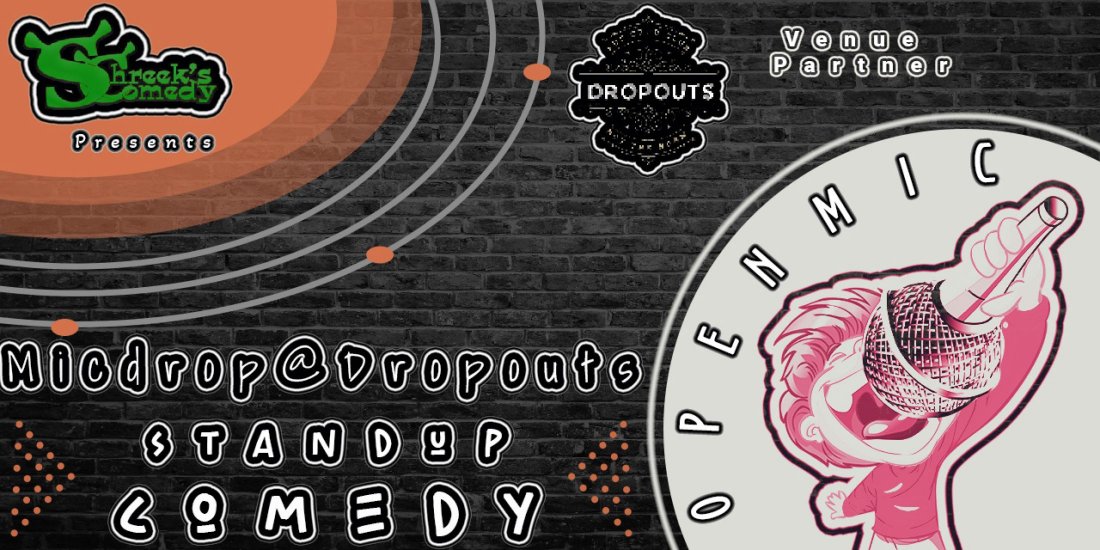 A stand-up comedy openmic by Shreeks Comedy at Dropouts Kalyan Nagar Every Tuesday at 9:00pm.

A dose of comedy served to you by 8 odd Comedians (Experienced veterans to new comics) offering a wide variety of jokes for you to enjoy! Some hilarious and some offensive Some one-liners & some hard hitting!

Dropouts located at Kalyan nagar has always been making waves for its fine food & great ambience now adds another flavor to their offering with standup comedy !!

Stand-up comedy nights is primarily aimed at those who prefer to have some fine food & unwind themselves with rib tickling Jokes humor and laughter with friends and colleagues etc To enjoy & have a good time. Come & have a laugh riot with the best food & beverages to make your Wednesday evening memorable.

PS: Please note that Comedy is a subject which is personal to each individual and the views of comics on any subject/matter does not represent the society or the country`s view in any way whatsoeverIt is their individual perspective that try put forth in a funny way filled with humour to make you laugh and should taken accordingly without any prejudice !

Further by attending the event you`re fully aware & are agreeing to be a part of this voluntarily knowing full well that the contents might of adult and absurd ( sometimes) kind. The jokes are usually 18+ and hence are restricted to those who are min of 18 years or older.

Shreeks Comedy and Dropouts reserves all the rights of admission And any rude behavior/ill-mannered behavior towards the comics or in general will not be tolerated & those caught doing so will be removed from the venue without any lenience !!

Tickets for Mic Drop @Dropouts can be booked here.