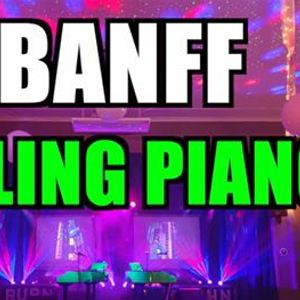 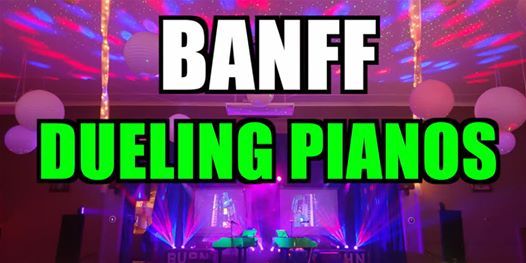 This show has been postponed, the new date is forthcoming.

Burn 'N' Mahn Dueling Pianos Extreme are returning to The Banff Legion on Friday, July 10, 2020.
Tickets are $20 for the show.
All tickets booked under the same name will be seated together. If you wish to have a group of tickets seated together, please email requests to aW5mbyB8IGJ1cm5ubWFobiAhIGNvbQ==
Follow the link to purchase tickets online.
Tickets Available At The Door Until Show Is Sold Out.
Doors/Drinks @ 7:00
Show @ 8:30
We take Dueling Pianos To A Whole New Level with Lasers, Huge Light Show, Concert Level Sound Quality, and Video Projection Screens. All songs are by audience request and feature a wide variety of styles, sounds and instruments as well as sing along and interaction with the crowd. No two shows are the same!
Show will feature Lasers, Lights, Hazers, Concert Level Sound and Video Projection Screens.
BRIAN BURN has been playing professionally for more than 30 years, touring Canada and the USA from end to end many times. He has been nominated C.C.M.A.'s Keyboard Player of the Year four times, and has won C.C.M.A.'s Back-Up Band of the Year twice. Brian also went to Afghanistan in 2004 to play for our troops. Over the years Brian has played with many artists including Julian Austin, Aaron Lines, Chris Cummings, Gil Grand, Gord Bamford, and Charlie Major.
JAMIE MAHN spent years performing in piano bars on cruise ships, extensively travelling from US ports to Mexico, the Caribbean and Central America. Jamie went on to playing and managing entertainment at dueling piano bars across the world including clubs in Orlando, Phoenix, Louisville, Holland and Singapore. In 2011 Jamie returned home to Canada to perform and work at Aussie Rules in Calgary.
Brian and Jamie joined forces in 2013 to form BURN 'N' MAHN. With more than 650 shows together they tour and perform across Canada full time. In six years, Brian and Jamie have driven over 450 000 kilometers travelling across Canada, enough to circle the globe ten times. Together they have over 50 years of stage experience and their repertoire spans the last 75 years of music.

You may also like the following events from Burn 'N' Mahn: 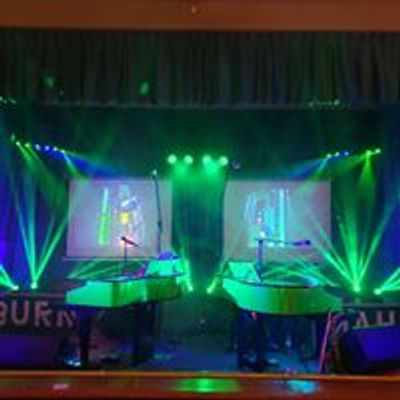