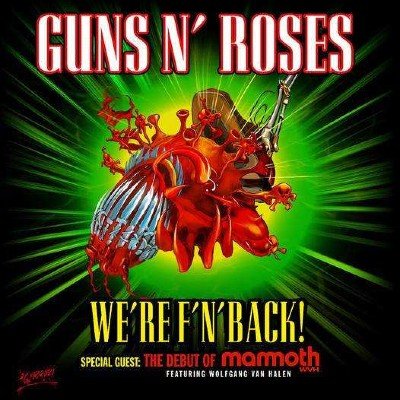 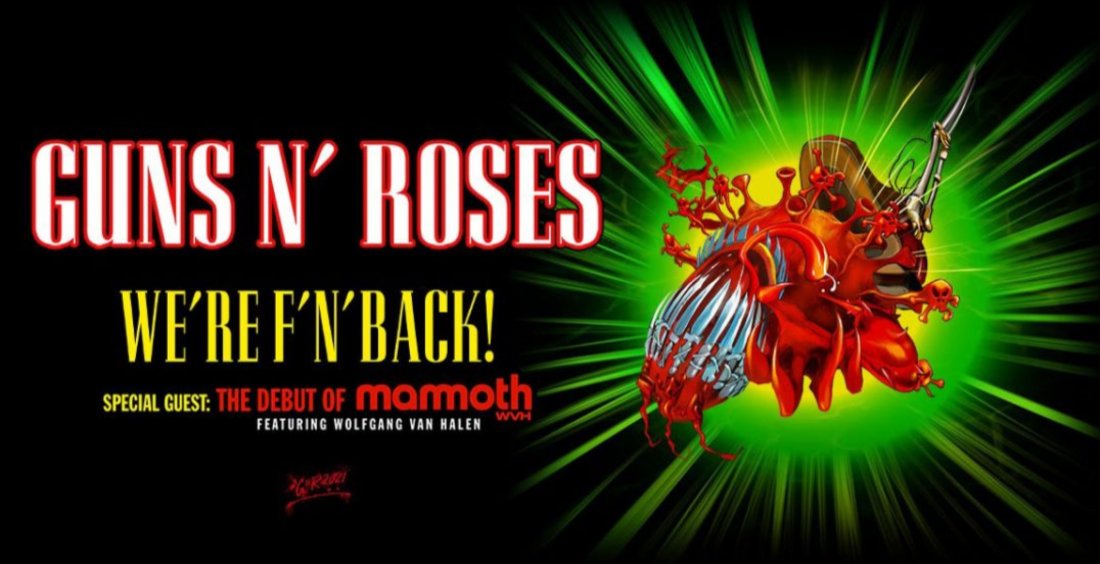 Guns N' Roses will embark on their long awaited 2021 summer tour and are scheduled to perform live at Royal Farms Arena in Baltimore MD on September 26th 2021. Joining them on their musical journey is special guest Mammoth WVH (Wolfgang Van Halen's band).

This summer is starting to really come alive considering the past 15 months or so that we all just went through. Live concerts are in full swing and here come long time rock and rollers Guns N' Roses back on the music scene with a vengeance! #GNR2021 is definitely trending and the band released an announcement that began with (see pic below) "We're F'N' Back!" which refers to their 2021 summer tour with Mammoth WVH featuring Wolfgang Van Halen (yes that's Eddie Van Halen's son). This tour is the first tour for Mammoth WVH and Guns N' Roses is debuting the band as their Special Guest. Wolfgang is not new to playing in a big band or in front of many people because he was the bassist for his dad's band Van Halen after Michael Anthony parted. So far as part of their North American trek Guns N Roses will be performing live in over 25 cities including Los Angeles Portland Fargo Detroit Boston Hershey East Rutherford Las Vegas Phoenix Baltimore Columbus Chicago Atlantic City and more. The band opens their dates on July 31st in Hershey Pennsylvania when they are scheduled to perform in Hershey Park. From there they bounce around from state to state until they wind up ending the tour with two shows in Fort Lauderdale Florida when they play live at The Hard Rock Live. I personally am a huge fan of Guns N Roses and I can not wait to see them performing live it's going to be awesome.

For full event information or to look for tickets visit https://www.concerttour.us/concert-tour-dates/guns-n-roses-tour-dates/ right now.

Tickets for Guns N' Roses 2021 Tour can be booked here.