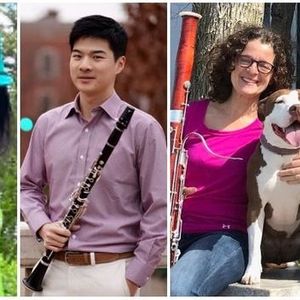 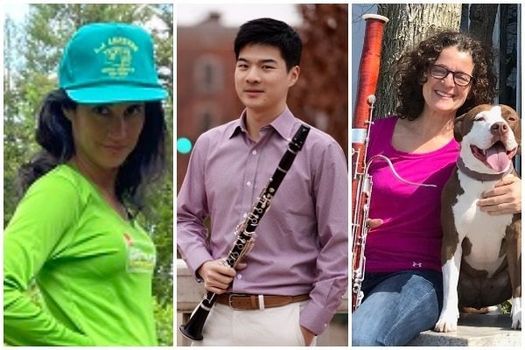 A safe, community concert event which can be enjoyed in person or online. Join us for coffee, conversation with the musicians, and pastries before and after the show, as well as a new type of concert experience!


Katherine Needleman is a multi-faceted musician and native of Baltimore. She won first prize in the International Double Reed Society’s Inaugural Commissioning Competition in 2020. She curates Coffee, Patisserie, and Classical Music at An die Musik Live. She explores the connection between composer and performer in this series, focusing on music that has been unreasonably under-programmed for various reasons. She performs as an oboe recitalist throughout the U.S. As a day job, she is an orchestral oboist, having performed as guest principal with all of the U.S.’s “Big Five” orchestras except for one and has been the Baltimore Symphony’s principal oboist since 2003.

A native of China, Lin Ma was appointed principal clarinetist of the National Symphony Orchestra by Gianandrea Noseda in 2018. Prior to joining the NSO, he has served as assistant principal and Eb clarinetist of the Baltimore Symphony Orchestra since 2015. He also played a one-year position as second clarinet in the Houston Symphony. Ma's teachers include Richie Hawley, Richard Hawkins, Yehuda Gilad and Yuanfu Huang.

Sue Heineman has been principal bassoonist of the National Symphony Orchestra since September 2000. Prior to joining the NSO, she held positions with the New Haven, Memphis, New Mexico, and New Zealand Symphony Orchestras. She has appeared as soloist with the NSO on numerous occasions, as well as with the Kennedy Center Chamber Players, comprised of principal players from the NSO. Ms. Heineman has performed as guest principal bassoonist of the Los Angeles Philharmonic and is a frequent soloist at conferences of the International Double Reed Society and is a former member of the Aspen Wind Quintet. Originally from Philadelphia, Ms. Heineman holds a Bachelor of Music degree from Eastman and a master's degree from Juilliard. She also completed a Bachelor of Arts degree at the University of Rochester, graduating summa cum laude with Phi Beta Kappa honors, and was the recipient of a Fulbright Scholarship to Salzburg.

Tickets for Coffee, Patisserie, and Classical Music 2021-22 Series, part 3 can be booked here.