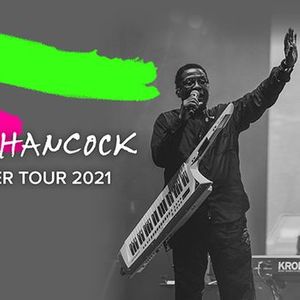 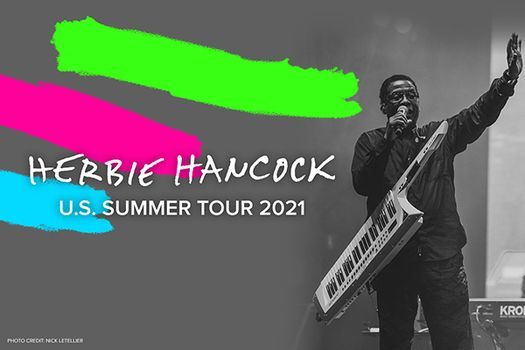 Paramount Presale: Tuesday, May 25
Public On Sale: Thursday, May 27 at 10am

Herbie Hancock:
Following almost two years of being off-the-road during the Covid-19 global health crisis, Herbie Hancock and his band will be returning to the road this fall. Performances will feature a retrospective of material from throughout the artist’s career, including glimpses of material from his long forthcoming next release.

Now in the sixth decade of his professional life, Herbie Hancock remains where he has always been: in the forefront of world culture, technology, business and music. Hancock has been an integral part of every popular music movement since the 1960’s, transcending limitations and genres while maintaining his unmistakable voice. His career includes an Academy Award for his Round Midnight film score, 14 Grammy® Awards, including Album of the Year for River: The Joni Letters, and a Grammy Lifetime Achievement Award. Though one can't track exactly where he will go next, he is sure to leave his inimitable imprint wherever he lands.

Concert & Show - Info.
Follow Contact
This page will keep you informed about up and coming Urban Concerts & Shows in the surrounding areas of KANSAS, NEBRASKA, MISSOURI, OKLAHOMA, TEXAS, ARKANSAS, & LOUISIANA.
Are you the host?
Nearby Hotels Paramount Theatre, 713 Congress Ave, Austin, United States
Report a problem ?