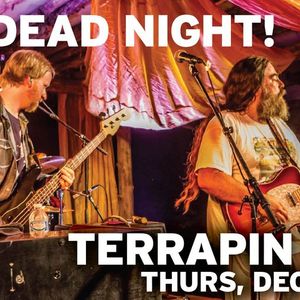 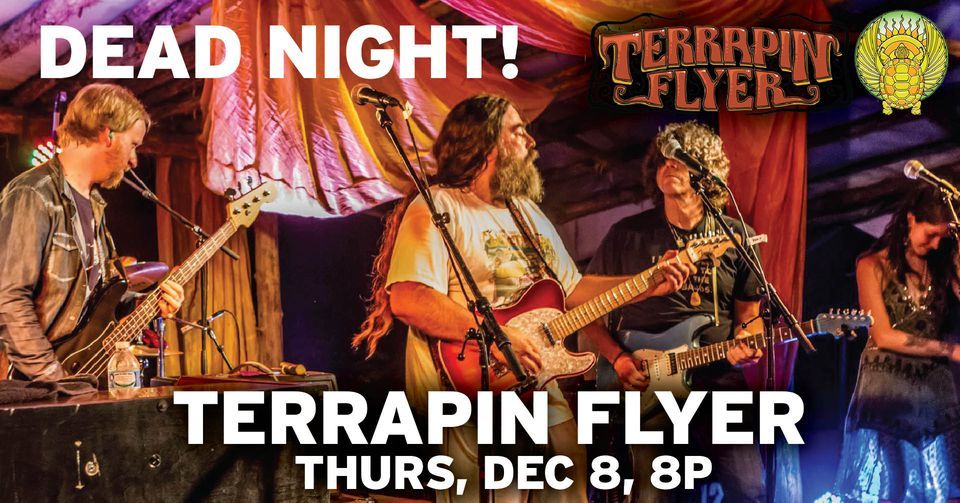 Terrapin Flyer began in 1999 as the house band for the Sunday Grateful Dead Jam at the Boulevard Cafe in Chicago. Through the many associations developed there and many that have continued since, the band has grown into one of the premier Grateful Dead inspired touring acts in the nation. The band draws from the a variety of skilled musicians including Grateful Dead keyboardists Tom Constanten, Bob Bralove and Vince Welnick (RIP).

They also tour with Jerry Garcia Band organist Melvin Seals and Ratdog guitarist Mark Karan. Additionally, they have done one off shows with many guest musicians including grammy award winning blues harpist Sugar Blue, and musician, songwriter and music journalist David Gans. The band has headlined major festivals and prominent venues across the nation.

From a jam night to a nationally performing headlining band, through time the resume of the band Terrapin Flyer has indeed become impressive. The band has headlined such prominent festivals and has headlined major venues across the country.

So what or who is Terrapin Flyer? As you have likely surmised that is not simple to define. What is at the core of fundamentals of the band is the idea that the Grateful Dead and Jerry Garcia’s music still has plenty of life in it and that the music being so improvisational in nature can and should go to new places in each performance. No two Terrapin Flyer shows will ever be the same and you never know who might show up to jam at a show, but you can always count on a great time with some of the most recognized artists in the music community.

You may also like the following events from The Venue:

Tickets for TERRAPIN FLYER - DEAD NIGHT can be booked here.

The Venue
Follow Contact
About The Host: Flagship performance and event space for the Fox Valley Music Foundation.
Website Link: http://themusicvenue.org
Are you the host?
Nearby Hotels The Venue, 21 S. Broadway Ave,Aurora,IL,United States, Aurora, United States
Report a problem ?