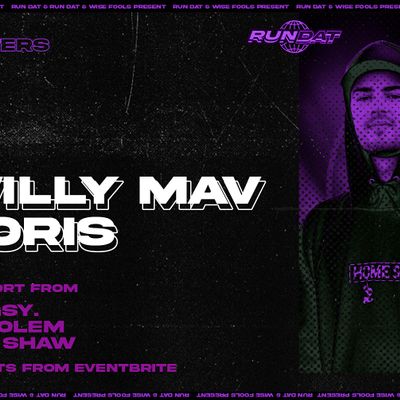 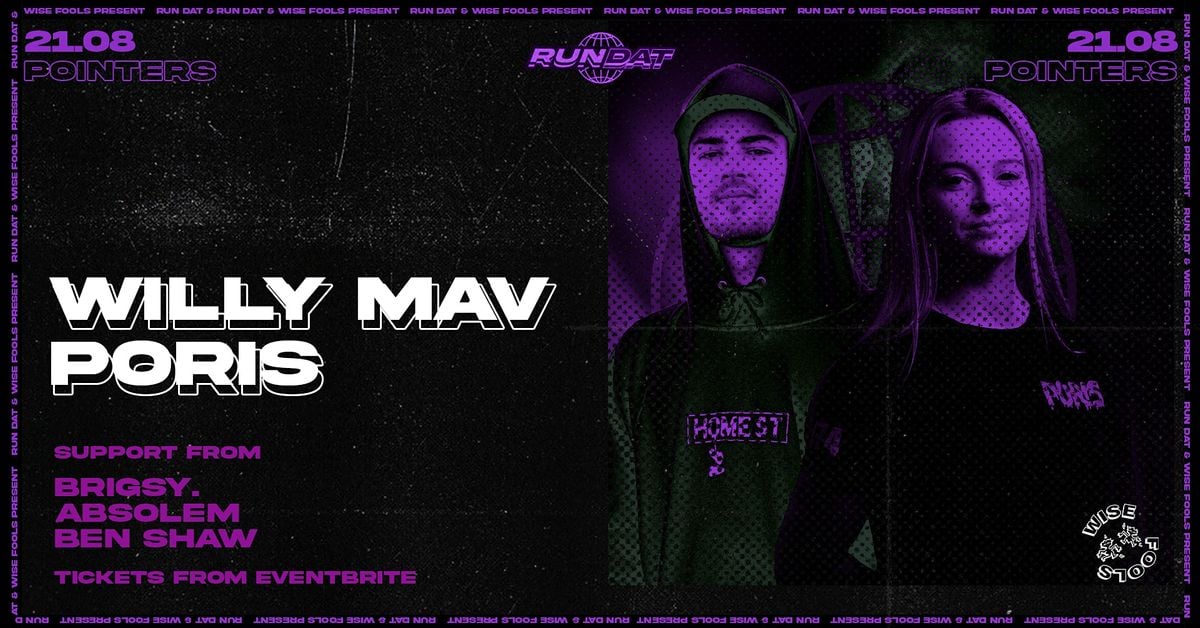 We are proud to present Willy Mav & Poris.

Willy Mav, aka, Willy Harman is a must watch artist within the drum and bass scene. Hailing from New Zealand, he started producing from his bedroom at the age of 13 and found his passion for Drum and Bass in 2017 after hearing it consistently at house parties, clubs and festivals. Fast forward 3 years, he’s gone from strength to strength from huge releases to supporting some of the worlds biggest names in drum and bass.

The numerous acts he’s supported showcases his versatility on stage as a performer, which directly translates to his production skills. Names such as Skeptical, Bcee, Bou, LSB, 1991, Document One, K-motionz and Monty to name a few.

With support from the likes of Coastal Promotions, Totara Records, Lunchbox Records and DNB Allstars, Willy Mav has had a huge 2020 so far. His debut release on Lunchbox Records “Without You” featuring vocalist Elipsa, a soulful liquid track, was well received and added to the George FM playlist which receives daily rotations heard up and down New Zealand. In August he released “Falling” on DnB Allstars which also featured New Zealand vocalist Elipsa. This gained incredible support and has amassed a total of 40,000 plays within the first month.

Willy Mav isn’t showing any signs of slowing down for the rest of 2020. With huge solo releases and collabs with artists from around New Zealand and bookings at some of New Zealand’s biggest summer festivals he’s going to be one to watch into 2021 and beyond.

PORIS has quickly created a name as a highly skilled DJ, and as someone you need to pay attention to. After bursting onto the scene in early 2020, PORIS (real name Paris) has toured nearly non-stop since. She has already graced the stages of Rhythm and Vines, Bay Dreams, Northern Bass, and the majority of the most notorious venues around New Zealand. She has also played support to some of the biggest names in DnB including Dimension, Kanine, Netsky, Alix Perez, Hybrid Minds, Andy C and A.M.C. PORIS shows her passion for drum & bass by throwing down energetic sets and flooring audiences in any and every setting. She also holds a weekly residency on George FM.