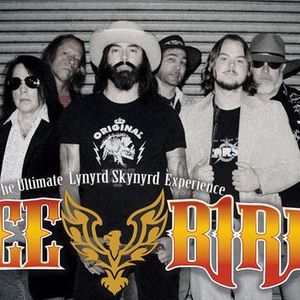 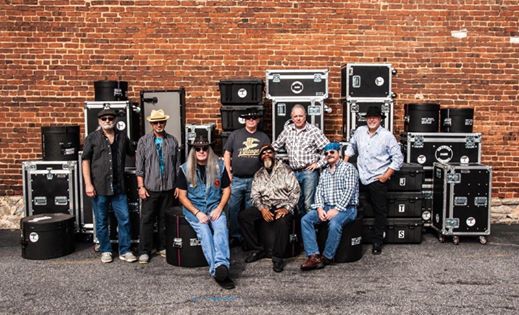 THIS EVENT HAS BEEN POSTPONED UNTIL FURTHER NOTICE

?IMPORTANT MESSAGE? Southernfest is moving to 2021! Please reach out if you have already purchased a ticket and will not be able to make it to the new date. Musicians are subject to change. Cheers!

Our first Southern Fest benefiting Extra Special People, Inc. and the Food Bank of Northeast Georgia. Join us for a full day of music and support 2 of our favorite charities. Featuring music by Tribute: A Celebration of the Allman Brothers Band and SkynFolks: Lynyrd Skynrd tribute along with the Dad Bods, Tom Petty tribute Southern Accents along with Southern Rock DJ sets by DJ Osmose.

9PM - TRIBUTE:
Celebration of The Allman Brothers Band is a powerful 8 piece group that faithfully recreates the music of one of the finest bands of all time. Since its founding in 2013, Atlanta-based TRIBUTE has earned a reputation as the source for the authentic ABB sound around Atlanta and throughout the Southeast. Rigged with vintage equipment, they interpret the Allman catalog in such a way that these songs written in the ‘60s and ‘70s come alive again. If the band has learned anything from performing these songs, it is the realization that even though The Allman Brothers Band has shut down, their music maintains the same power over people just as it did 45 years ago. It is a phenomenon TRIBUTE gladly verifies every time they hit the stage. https://tributeabb.com/

7 PM - SkynFolks: the Authentic Lynyrd Skynyrd Tribute
“Authentic”...When it comes to the Tribute Band world, that word seems to be used a bit more than it should be. SkynFolks was formed as a result of some very devoted musicians who wanted to bring a little more to the game than what they’d seen of Lynyrd Skynyrd tribute bands. They also knew how discriminating and tough real Skynyrd fans can be, so they set their performance bar high...really high. The members of SkynFolks are seasoned professional musicians who have played with national acts like Leon Russell, the Allman Brothers Band, KISS, Collective Soul, and many others. However, from the very beginning, every member of SkynFolks knew that this was something different from anything they’d done before. Brought together by luck, fate, devotion and drive, the members of SkynFolks pledged to create a band that would exactly reproduce the music of Lynyrd Skynyrd. No improvisation allowed -- every part had to be played exactly like the original recordings. Constant practice honed the music like a razor. What emerged when they finished has never been done since the days of the original Skynyrd lineup. Totally authentic, accurate renditions of the music on the first 5 Lynyrd Skynyrd albums. It's been a labor of love for SkynFolks to provide the kind of high-quality, authentic experience that honors the legacy of Lynyrd Skynyrd. SkynFolks provides a home for hardcore Skynyrd fans, and as those fans will attest...
https://www.skynfolks.com/

5:30PM - The Dad Bods
Who are The Dad Bods? Are they a cover band? Yes. Do they know how to have a good time? Definitely. Will they babysit for you when you ‘have-to’ go on a Target run? Probably not. This 4-piece rock ‘n roll cover band hails from Athens, GA and was formed in 2018 with the sole purpose of having a good time. They are heavily influenced by the rock acts you grew with, or if you don’t know what an 8-track is, you heard on Guitar Hero. You can expect to hear them put their own twist on the hits made popular by bands such as The Georgia Satellites, The Black Crowes plus a whole lot more. The Dad Bods put on a fun and high-energy show that both your internet-famous teenager and their grandparents can dance and sing-along to. They have been known to pull fans on stage to sing, so get those pipes ready! The band is seeking sponsorship with Miller High Life, who has sent them a cease and desist, but even so, these guys always enjoy a good, cold beer.
https://www.facebook.com/TheDadBodsAthens/

Tickets for SouthernFest Southern Rock Jam can be booked here.