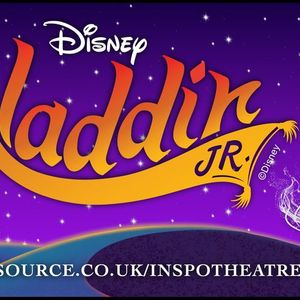 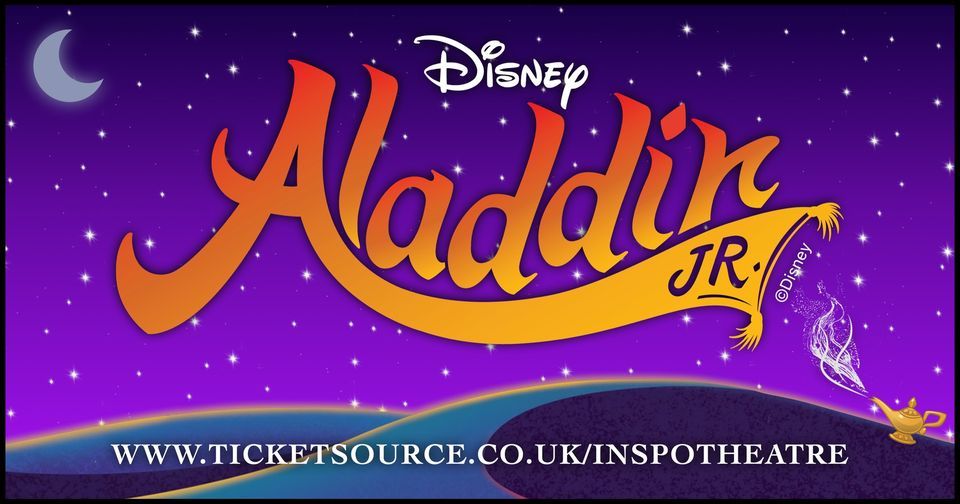 The story you know and love has been given the royal treatment! Aladdin and his three friends, Babkak, Omar, and
Kassim, are down on their luck until Aladdin is coerced to retrieve a magical lamp containing The Genie, whose immense power can grant three wishes. Wanting to earn the respect of
Princess Jasmine, Aladdin embarks on an adventure that will test his will and his moral character. However with Jafar
and Iago lurking in the shadows can
our heroes successfully secure their
much deserved happy ending?

Based on the 1992 Academy-Award-Winning film and the 2014 West End production, ‘Disney’s Aladdin Jr.’ features hilarious characters and new songs alongside the ones you know and love with this new adaptation of the beloved story guaranteed to open up “a whole new world” for all audiences!

This amateur production is presented by arrangement with Music Theatre International. All authorised performance materials are also supplied by MTI. www.mtishows.co.uk.

Tickets for Disney’s Aladdin Jr - 2023 can be booked here.

Inspirations Theatre Company
About The Host: https://linktr.ee/InspoTheatre Celebrating its 20th Anniversary in 2019; Inspirations is a multi-award winning amateur drama group for all ages from 6 years to adult who specialise in performing West-End style shows and concerts in regional venues.
Website Link: www.yitc.yolasite.com
Are you the host?
Nearby Hotels Dronfield Civic Hall, ,Dronfield, United Kingdom, Aston, United Kingdom
Report a problem ?