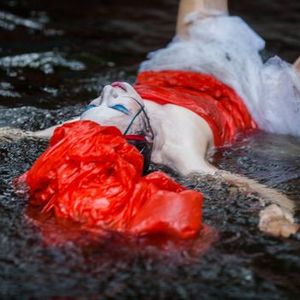 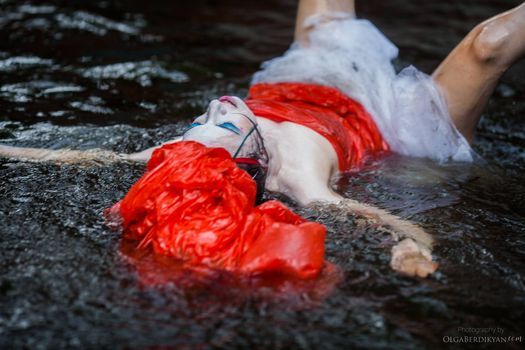 Butoh on Surfaces/Depths
The Art of Embodying Textures Vol. 1

Butoh workshop on textures and embodiment.
Each surface has texture, thickness, depth. In between there are the textures.
The texture is a universe that breathes and can be breathed.
There are textures, fabrics that you wear and textures, fabrics where you are worn.
Wearing and being worn.
A poem as romantic as schizophrenic.
A sweet slow breathing in osmosis.
The dance exists by itself, moved without being moved.

In this workshop we explore textures from paintings, we practise embodiment and we will look for that one true and authentic movement that by the naked eye can be felt as a poem.


About the teacher: Tiziana Longo
Based in Berlin since 2010, Tiziana Longo, co-founder of Motimaru Dance Company, is an independent international performing artist, choreographer, dancer and teacher. She is specialized in the dramaturgy of movement, dance composition, and Japanese contemporary "butoh".

As Motimaru she developed the internationally acclaimed solo MUT and together with Motoya Kondo the duo piece TWILIGHT. After completing her Bachelor's degree in Performing Arts at the University of Bologna, Tiziana spent five years in Japan. She studied at the renowned Kazuo Ohno Dance Studio and danced and technically assisted Yoshito Ohno, the legendary master and son of Kazuo Ohno, the co-founder of Japanese Butoh dance.

During her time in Japan, Tiziana won a 1 seat scholarship as a foreign artist from the Japanese Ministry of Culture to conduct researchon Japanese Contemporary dance involving the HIjikata Tatsumi Archive at the Art Center of Tokyo Keio University.
​
Later she did fieldwork research on Eastern Dances in Japan, India, Nepal, Bali. In those travels, she experienced the cultural/artistic aspect of dance and also its primitive, social and psychological aspects.

Her spectrum of body-mind research has expanded further to the philosophy of Yoga (Hatha Yoga Teacher Training), to Levine's psychology of trauma's healing, and the T.R.E. (Trauma/Tension Release Exercise Method Certified Provider).

​As a choreographer and dance coach, her work focuses on the movement behind the dance, the dance itself, and its possibilities for expansion. She is an experienced teacher who is leading regular classes and intensive, thematic workshops in Berlin and abroad since 2010. Over the past 15 years, she has performed internationally and worked in residencies in more than 30 cities in Europe, Australia, and Japan. She performed at the 2010 Venice Biennale in Italy - selected by and under the direction of Ismael Ivo, at "No Ballet" in Ludwigshafen 2014, at "Lucky Trimmer" International Dance Festival in Berlin 2016, "Dance ga Mittai" Contemporary Dance Festival in Tokyo 2016, "Oulu Dance Festival in Finland 2016, etc...

Registration: Please contact me here or mail to c29maWUgfCBzb2ZpZWFubmJyYWNrZSAhIGJl

Tickets for Butoh dance workshop can be booked here.