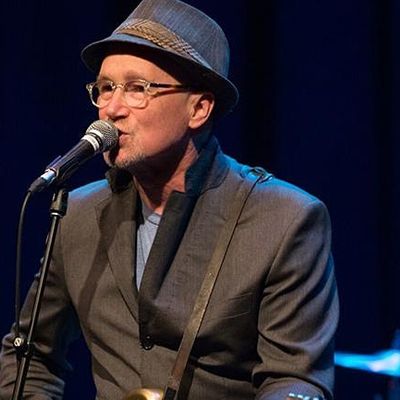 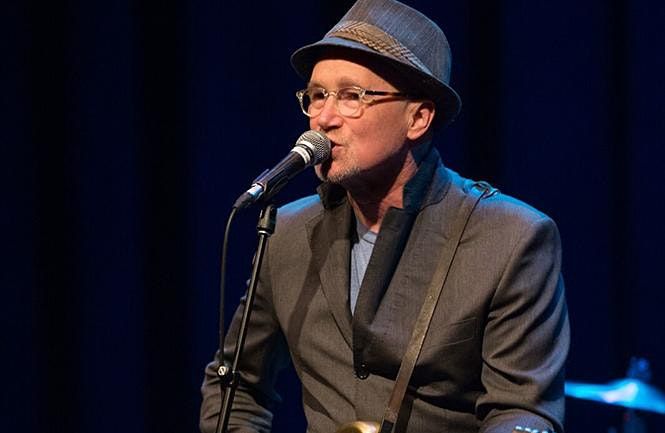 This concert was originally set to take place on April 17th, 2020 and was then moved to September 2nd, 2020. Unfortunately we are still unable to open our venue due to COVID-19 so we have had to move this show yet again to April 8, 2021. Tickets purchased for the originally scheduled show will be transferred to this new date. Please call (410) 268-4545 with any questions. Our box office is open on Tuesday, Wednesday and Thursday between 9am - 2pm.

Thank you for your patience and please stay safe and healthy!

"One of the fundamental things about the project was that I set out to not make an album,” Marshall Crenshaw notes. “So I did this project, and now at the end of it, there’s this album, for the album fans!….”

The celebrated singer-songwriter-guitarist-producer is discussing #392: The EP Collection, his new CD on the Red River Entertainment label. The 14-track set collects a dozen standout tracks drawn from the innovative series of six 10” vinyl EPs that Crenshaw released between 2013 and 2015, plus a pair of never-before-heard rarities chosen especially for this collection.

The EP series was the product of Crenshaw’s decision to break away from the standard album/tour cycle by recording and releasing a steady stream of new music over an extended period. The endeavor proved wildly popular with his fans and brought in lots of “I really did love the EP project, and I’m kind of sad that it’s over,” Crenshaw comments.

#392: The EP Collection’s twelve studio recordings encompass six new Crenshaw originals and six cover songs. The former group includes the bittersweet and beautiful “Grab the Next Train,” the surging and howling “Move Now,” and the hypnotic and atmospheric “Driving and Dreaming”, while the cover numbers include a reverent remake of the Burt Bacharach/Hal David/Carpenters chestnut “Close to You,” James McMurtry’s “Right Here Now,” longtime Crenshaw favorite Bobby Fuller’s classic “Never to Be Forgotten” and vintage numbers by the Easybeats, the Move and the Lovin’ Spoonful.

Rounding out #392: The EP Collection are two previously unreleased tracks: a powerful live version of the Everly Brothers classic “Man with Money,” recorded with Crenshaw’s frequent touring partners the Bottle Rockets, during the week after Phil Everly’s passing, and the infectious “Front Page News,” a ’90s recording of a previously-unheard original that Crenshaw wrote with noted country tunesmith Leroy Preston (“I can’t remember when I did it, or why, but I like it!”, says Crenshaw). “I was fortunate to have lots of brilliant people helping me on these tracks, and they really lifted the proceedings,” Crenshaw reports. “I’m proud about the range of super-excellent musicians who came on board for these sessions.”

Meanwhile, on several tracks, Crenshaw worked on his own in his home studio, overdubbing all or most of the instruments and vocal harmonies himself. Crenshaw states, “I’ve been into the Narcissist, solitary-genius thing for a long time. For instance, “‘Cynical Girl,’ on my first album, is just me, and ‘Someday Someway’ is my brother on drums and me on everything else. So working alone sometimes is standard procedure for Over the course of a recording career that’s spanned three decades, 13 albums and hundreds of songs, the Michigan-bred artist’s musical output has maintained a consistently high level of artistry, craftsmanship and passion, endearing him to a broad and loyal fan.

After getting an early break playing John Lennon in a touring company of the Broadway musical Beatlemania, Crenshaw began his recording career with the now-legendary indie single “Something’s Gonna Happen.” His growing notoriety in his adopted hometown of New York City helped to win Crenshaw a deal with Warner Bros. Records, which released his self-titled 1982 debut album. That collection established Crenshaw as one of the era’s preeminent rock ’ n’ rollers, and that was confirmed by such subsequent albums as Field Day, Downtown, Mary Jean & 9 Others, Good Evening, Life’s Too Short, Miracle of Science, #447, What’s in the Bag? and Jaggedland.

Along the way, Crenshaw’s compositions have been covered by a broad array of performers, including Bette Midler, Kelly Willis, Robert Gordon, Ronnie Spector, Marti Jones and the Gin Blossoms, with whom Crenshaw co-wrote the Top 10 single “Til I Hear It From You.” He’s also provided music for several film soundtracks, appeared in the films La Bamba (in which he portrayed Buddy Holly) and Peggy Sue Got Married, and was nominated for Grammy and a Golden Globe awards for writing the title track for the film comedy Walk Hard: The Dewey Cox Story. Since 2011, Crenshaw has hosted his own radio show, The Bottomless Pit, on New York’s WFUV. He’s currently working on Martin Scorsese and Mick Jagger’s much-anticipated HBO series Vinyl, doing “some session work, a little bit of songwriting..”

His eclectic resume aside, songwriting and record-making remain at the center of Marshall Crenshaw’s creative life, and #392: The EP Collection confirms that his musical flame continues to burn as brightly as ever.

“I still love recorded music and believe in it as an art form, whether it’s a single or album, or vinyl or CD,” Crenshaw asserts, adding, “I think I’ll probably stick with it.”

Formed nearly 30 years ago, the Bottle Rockets helped forge a now-popular subgenre—small-town, middle-class, Midwest American roots rock—part right-to-the-gut poetry, part rock ‘n’ roll, all truth. Bit Logic is a different sort of album for the St. Louis natives and shows them at their most self-aware, self-challenging, and socially alert.

Recorded in St. Louis at Sawhorse Studios, engineered by Mario Viele and produced by longtime studio collaborator Eric “Roscoe” Ambel (The Del-Lords, Steve Earle), the Bottle Rockets’ 13th album has them looking at their unique stylistic blend through a different lens. While one of the group's earmarks is constructing blue-collar anthems, Bit Logic has the quartet focusing outside themselves, at how change and adaptation affects the bigger picture.

“We were not planning any kinda ‘theme’ to this album, but one kinda showed up,” said lead singer and guitarist Brian Henneman. “If it's about anything at all, it's an album about existing in this modern world. Trying to dodge depression and anger. These songs are views from the moments when you're mostly succeeding at it.” Yet, to balance those times when success may seem just a breath out of reach, the album includes the infectious pop masterpiece “Maybe Tomorrow” which offers an optimistic and buoyant outlook on momentary failure.

The band returned to its more democratic songwriting approach this time, which generated four co-written songs, in contrast to their previous and critically acclaimed album, South Broadway Athletic Club, which Henneman primarily wrote. Leading up to their time in the studio, Henneman sent around some bare-bones acoustic iPhone recordings that would serve as the album’s blueprint, and the group fleshed out one song a day by means of three 4-day studio sessions.

The group went into the recording sessions with a fresh outlook—to bring out more of their Americana influences and to write a record that more accurately reflected their collective approach. What they found while doing so surprised them.

“The past provided touchstones,” said Ambel. “Times when you could hear Merle Haggard and the Grateful Dead on the same radio station. The country vibe came from the sounds that inspired us in the studio. Sounds from the more experimental times of country. Post Hank, post George.”

Other inspirations came from “off-the-beaten-path Americana” sources like Don Williams, Poco, Jackson Browne, Jerry Reed, and more, all of whom “showed up” in the music during the sessions, audibly channeling themselves through John Horton’s hot-shit, phase-shifted country-folk pickin’; Henneman’s penny philosopher, raspy drawl; or Mark Ortmann and Keith Voegele’s in-the-pocket, country-rock overdrive.

The title track and “Lo-Fi” are pointed laments of how the ever-relevant topic of modernization affects the individual—how it can be a marvelous dream, but also a dehumanizing reality. In “Bit Logic” Henneman and Ortmann team up to pen some of the band’s most clever and conscious wordplay, “In my technicolor childhood / We burned incandescent dreams / Illuminatin' on these future things / That didn't turn out like we thought they would.” But there’s always the other side of the coin, as in “Lo-Fi”: “Al Green in the kitchen/ On the AM radio/ Best bad sound that I ever did know/ Scratchy and it's muddy / But it carries me through/ Straight on down to Memphis in '72.”

It all funnels into the brilliant, poignant, quotable critique on the music industry, “Bad Time to Be an Outlaw.” In the bouncy, meta, swampy country number Henneman takes stock, rethinks his choices in life, but still ends up at the same outcome. The lyrics are pure Prine, the music wonderfully reminiscent of Waylon and Reed.

Tickets for Marshall Crenshaw w/ The Bottle Rockets can be booked here. 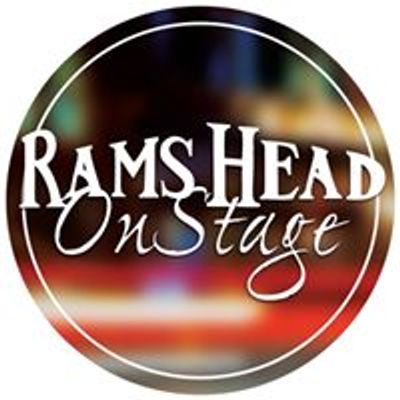