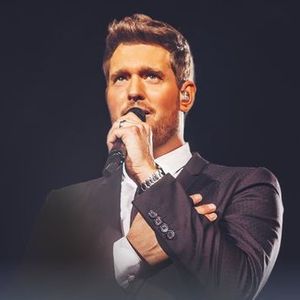 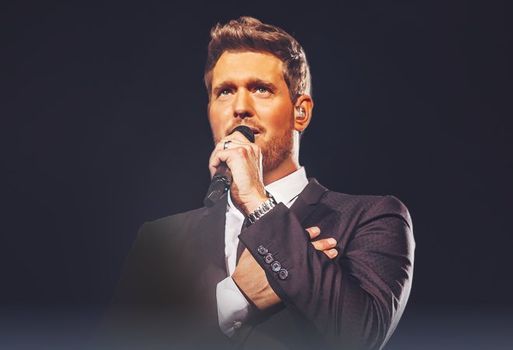 An Evening With Michael Bublé at PPL Center, originally scheduled for May 19, 2020, has been rescheduled to March 15, 2021. Fans should hold onto their original tickets as they will be honored for the rescheduled date.
Michael Bublé has announced 27 new North American tour dates in 2020 following the phenomenal global success of his “An Evening With Michael Bublé Tour.” The new leg of dates includes a stop in the Lehigh Valley at PPL Center.
Tickets are on sale now at PPLCenter.com, the QNB Box Office, and by phone at 610-347-TIXX [8499].
“In the U.S. alone, Bublé has already performed for over half a million fans. The demand to see Michael Bublé in concert is bigger than ever and with his high visibility around Christmas time, tickets truly make an ideal holiday gift,” commented Don Fox, the head of Beaver Productions, the tour’s national promoter.
In other Bublé news, Warner Records/Reprise Records has announced the release of a brand-new rendition of “White Christmas.” Bublé’s quintessential holiday album Christmas has been a No. 1 staple since its release and last year alone, Christmas accumulated over one billion streams. It is by far the biggest holiday album of the decade.
Michael Bublé has sold over 60 million records worldwide over the course of his extraordinary career, has had numerous No. 1 singles, hosted seven NBC specials and won four Grammys and multiple Juno Awards as a performer and songwriter. He is a multi-platinum artist and his most recent album, ❤️ (love), was No. 1 on the Billboard Top 200.

You may also like the following events from Michael Buble in Concert:

Tickets for An Evening with Michael Bublé can be booked here.