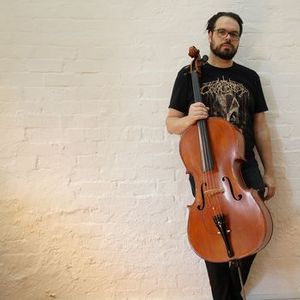 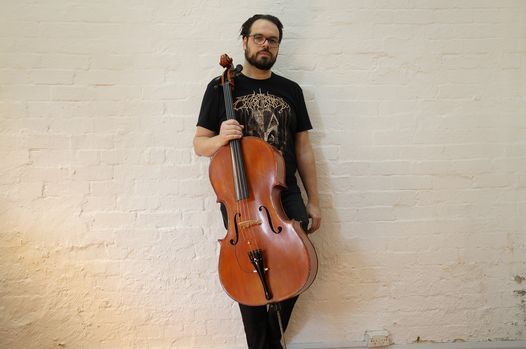 Peter Hollo is a cellist and electronic musician from Sydney. He has over 2 decades of experience playing cello in a non-classical setting, starting with the pioneering rock string quartet FourPlay from the mid-1990s.

For the past 10 years, Peter has been a founding member of "post-everything" ensemble Tangents, who meld improv with electronic production techniques to create new forms both live and on record; their last release, on Booklyn label Temporary Residence Ltd, received high-scoring reviews in Pitchfork, AllMusic, PopMatters and elsewhere, and appeared in numerous year-end lists. Under the solo guise of raven, Peter has multiple releases ranging from experimental electronic through to multi-layered acoustic compositions.

Peter has presented and programmed Utility Fog on Sydney's FBi Radio for over 15 years, forging connections with experimental musicians locally and around the world, and bringing unusual sounds to the ears of countless listeners.

While traditionally a guitarist, in recent years he has explored classical and folk music from the East through the Afghan rubab, Persian setar and the Pamiri Setor.

Lachlan plays a range of stringed instruments for @[998817556798614:274:Hashshashin] - a trio who operate the the intersection between East and West, drawing on progressive rock, psychedelia, drone, post-rock and Eastern musical traditions. He also plays guitar in the 'Persian-drone' duo @[618222375285101:274:Black Aleph], with Persian classical musician Timothy Johannessen.

David Sattout is a guitarist, songwriter and spoken word artist from Sydney. He has lent his talents to numerous projects over the years and occasionally toured Europe and Asia. He also dabbles in experimental guitar improvisation, which is nice.

You may also like the following events from The Hideaway Bar:

The Hideaway Bar
Follow Contact
About The Host: live music Wednesday to Saturday with the occasional Sunday session thrown in. perfect place to warm up before and party after every Enmore theater gig.
Website Link: http://www.thehideawaybar.com.au
Nearby Hotels The Hideaway Bar, 156 Enmore rd, Enmore, NSW, Australia 2042, Alexandria, Australia
Report a problem ?