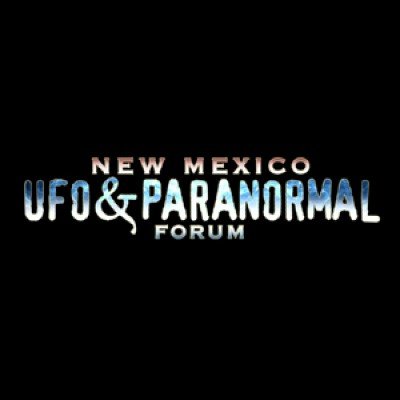 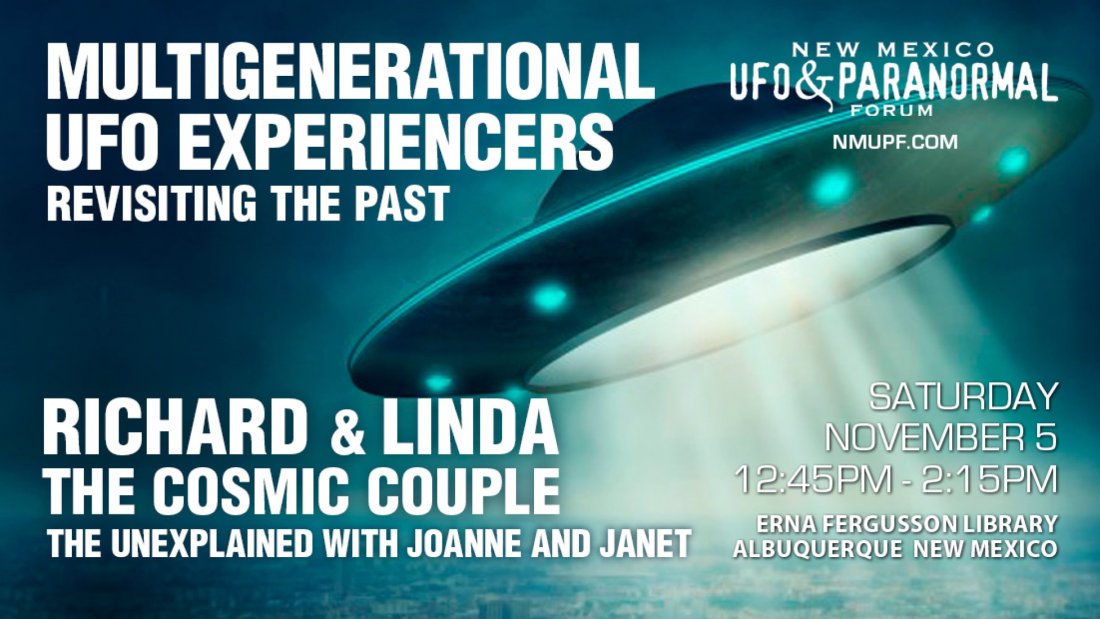 SAVE THE DATE AND SHARE: The Forum will be hosting a video presentation and discussion featuring Richard and Linda Smith, multigenerational experiencers, on Saturday, October 8, from 12:45 PM - 2:15 PM Mountain.

Revisit the past with Richard and Linda. Watch their first ever public television appearance in 1996 on a local Long Island TV show, "The Unexplained with Joanne and Janet". Richard, Linda, and Linda's mother, Ruth, explain the UFO phenomenon they were experiencing on Long Island. An open Q&A session will take place afterward.

Linda is the Vice President of C.O.N.C.H., the Council of Native Caribbean Heritage, representing Cuba as the genealogy researcher of Taino and Native Peoples in the Caribbean. She serves on the Board of Directors for the North Hills Property Owners Association and Elevate the Spectrum, an advocacy group for the autism community of New Mexico. Richard is an elected member of the Arts Commission for the City of Rio Rancho (District 2) and the founder of 11:22 Creative. They both serve on the Executive Committee for the New Mexico UFO and Paranormal Forum and are the co-founders of The Human Origins Foundation, an educational nonprofit focusing on the dynamic scope of our human origins here on Earth.

Linda and Richard Smith are the published authors of four books on extraterrestrial contact, ancient aliens, and the galactic community, and have been speaking locally and internationally at author events, interviews, lectures, and conferences. They started their journey together on December 11, 1995, and currently reside in Rio Rancho, New Mexico.

Tickets for Multigenerational UFO Experiences at the Forum can be booked here.

3 weeks ago Really inspiring talk and a friendly group. Planning on attending in the future. See All Reviews