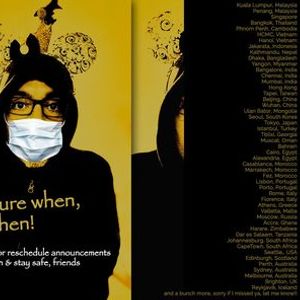 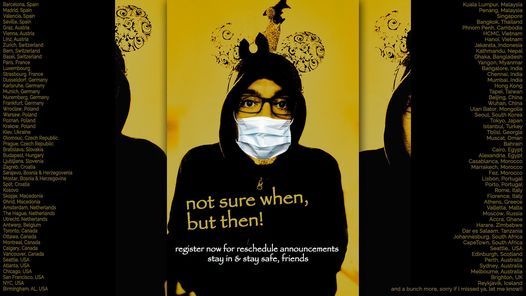 Not Sure When, But Then!
The world may be on pause and travel an impossibility, but we’re looking forward to seeing friends across the globe once we know it’s safe for everyone to get together again.

For now ALL EVENTS are REGISTRATION ONLY Those who register will get an email when we are confident the show can go forward without interruption; this applies to shows not yet officially postponed as well.

And now for some general event info:

? ? Regular Event Info! ? ?
Join us for an internationally-minded hour of hilarious, challenging comedy!

? About Matt Davis ?
Matt Davis has performed at the prestigious Just for Laughs festival in Montreal, JFL42 in Toronto, Sketch Fest in San Francisco, KLICfest in Malaysia, UICF in Utrecht, Netherlands, the Bengaluru Comedy Festival in India, the Top of the World Comedy Festival in Kathmandu, Nepal, the Edinburgh Festival Fringe, Fringe World in Perth, Australia, and many others.

? Quotes and Such ?
“Matt Davis is an intellectually-driven stand up comedy king. He’s real, raw, and relatable. [...] Laughter bounced off the walls for his entire show. The audience could not catch a break.”
4/5 Stars
-FringeFeed, Official Reviewer, Perth, Australia

? ? ? ? ?
For now ALL EVENTS are REGISTRATION ONLY Those who register will get an email when we are confident the show can go forward without interruption; this applies to shows not yet officially postponed as well.

Tickets for Not Sure When, But Then! Matt Davis can be booked here. 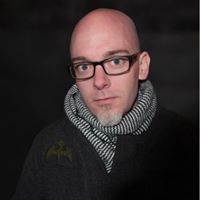