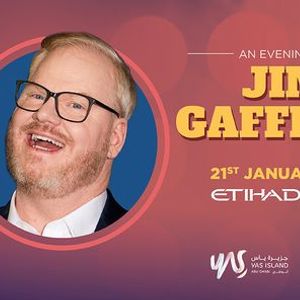 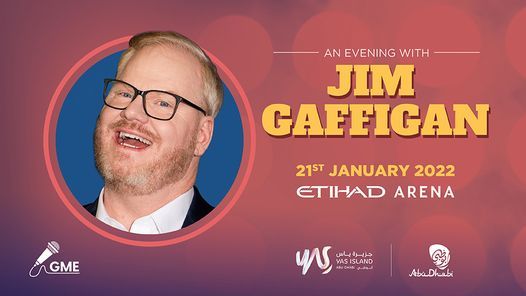 Leading USA Comedian Jim Gaffigan will perform in Abu Dhabi for the first time! A top ten comedian according to Forbes’ 2019 comedy list, Jim has recently released his 8th stand-up special, The Pale Tourist, on Amazon which was nominated for a Grammy.

He was also recently awarded for being the first comedian to reach one billion streams on the USA streaming service, Pandora. Jim also has multiple specials onNetflix and is constantly featured in the Top 10 Comedy Specials on
the platform globally.

Gaffigan has won two Emmy awards for his humorous work on CBS Sunday Morning and has appeared in many high-profile films.

This will be the first time Jim performs in the UAE for an exclusive a headline show at the Etihad Arena!

Under 16yrs are not permitted to enter the venue.

Seating - Seats are allocated based on the best available seat.

You may also like the following events from Platinumlist.net: